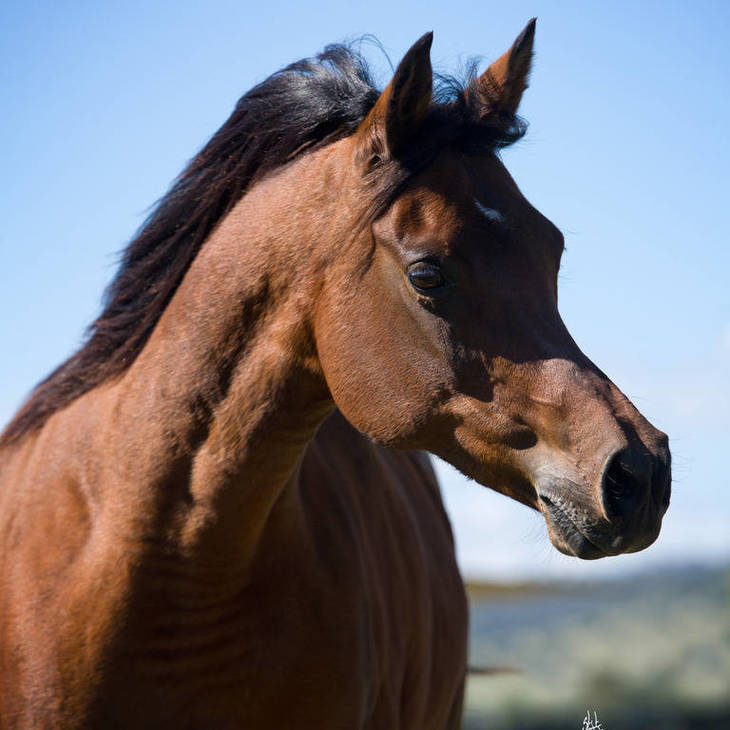 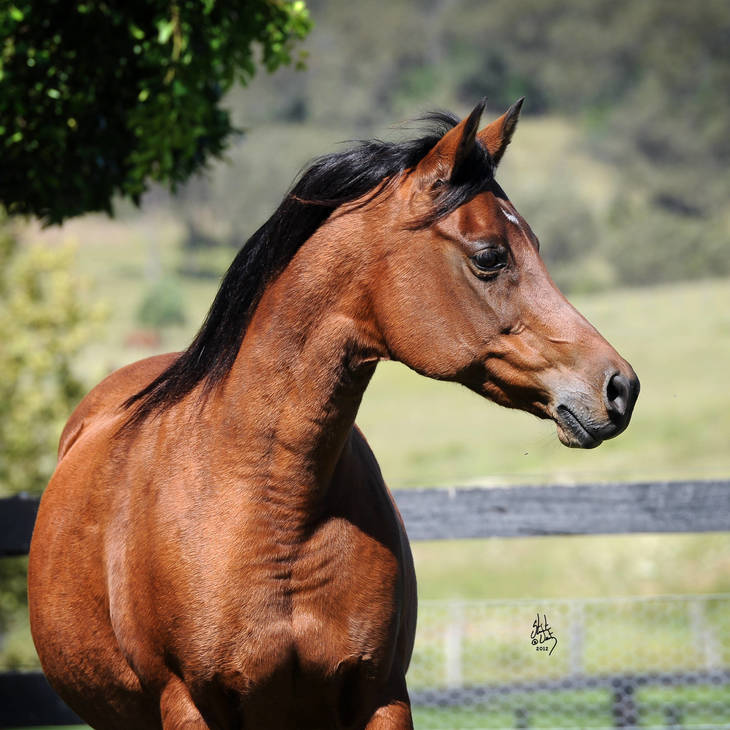 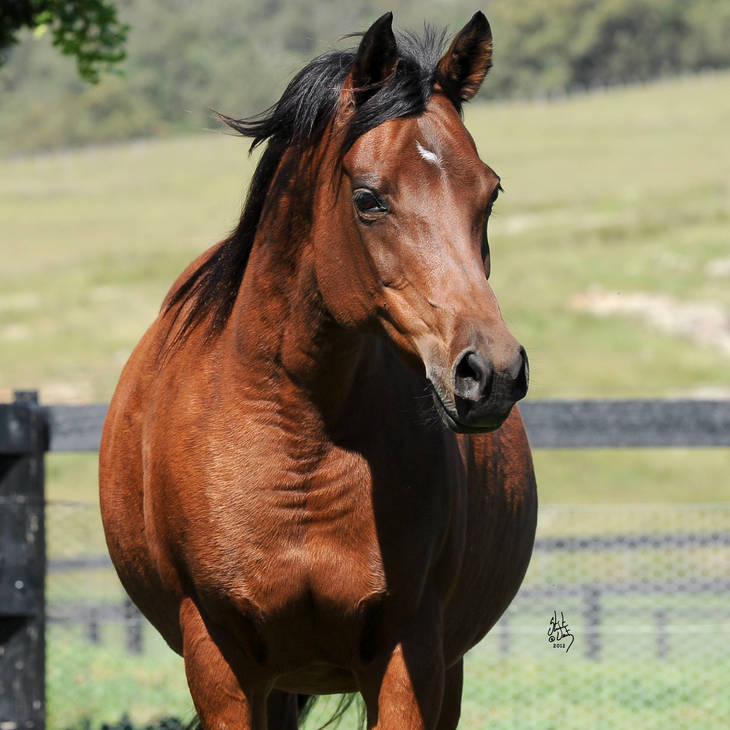 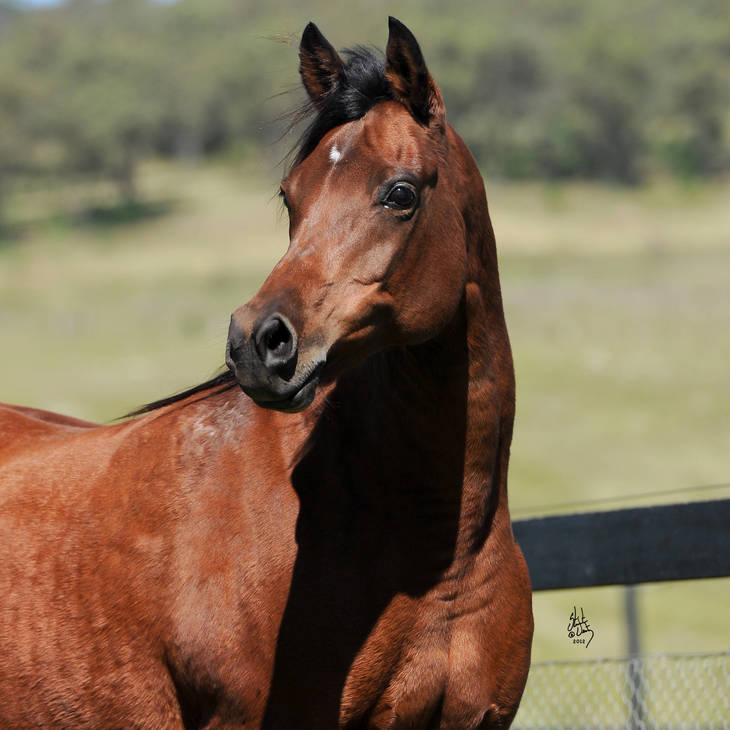 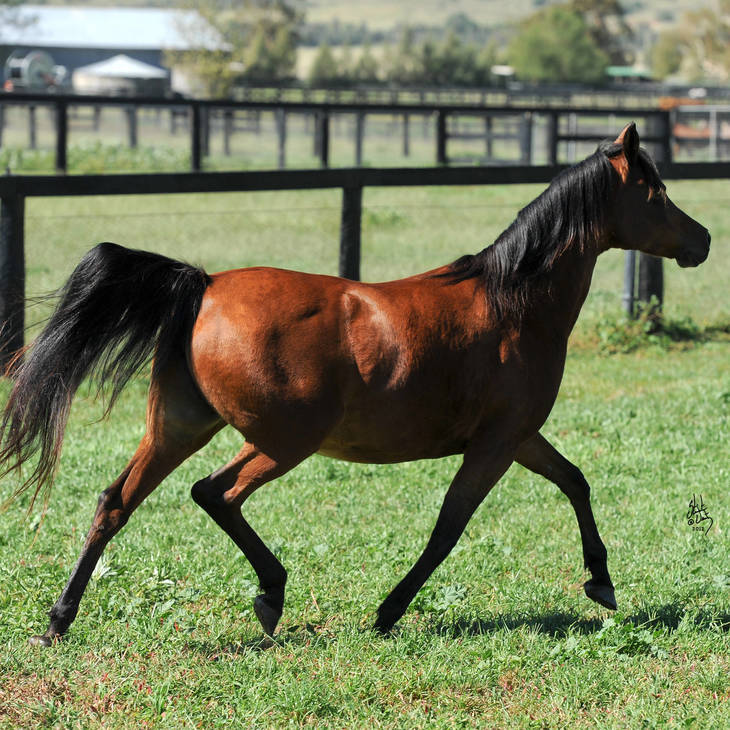 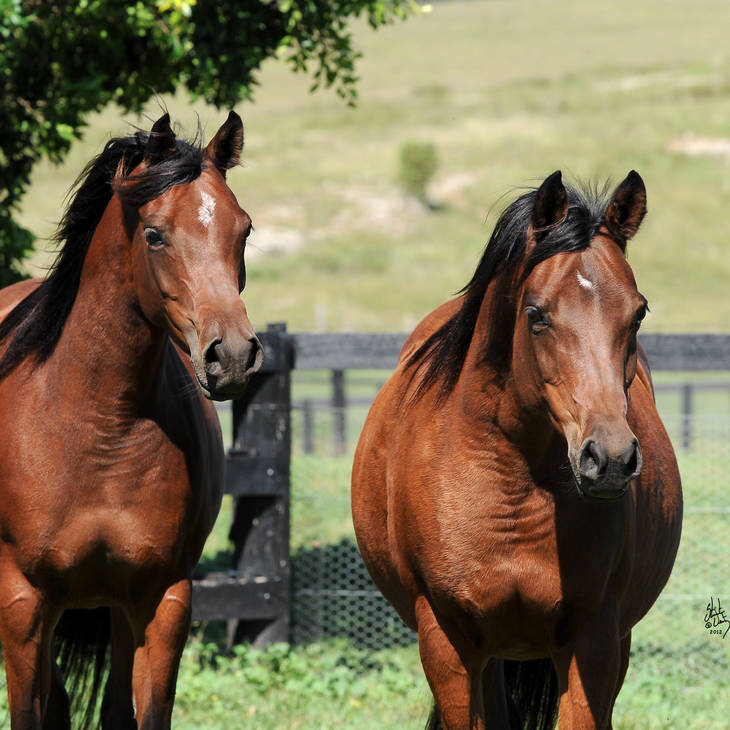 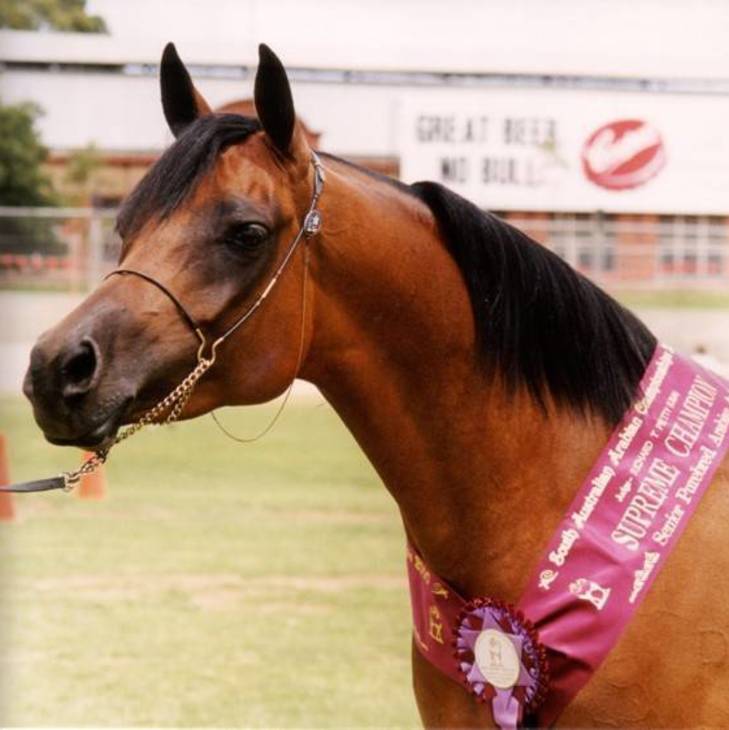 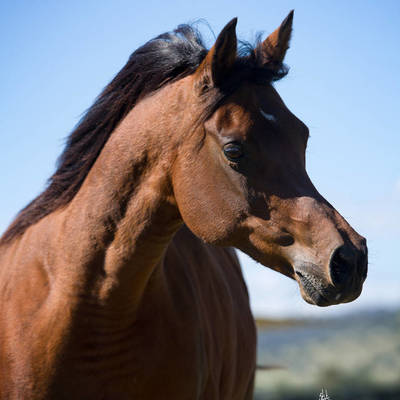 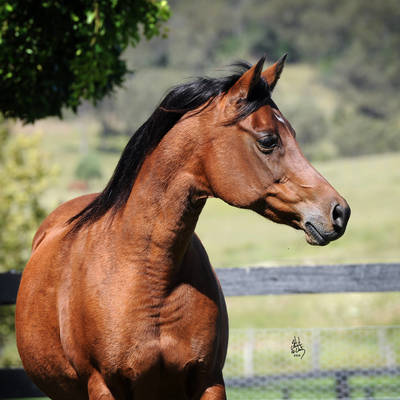 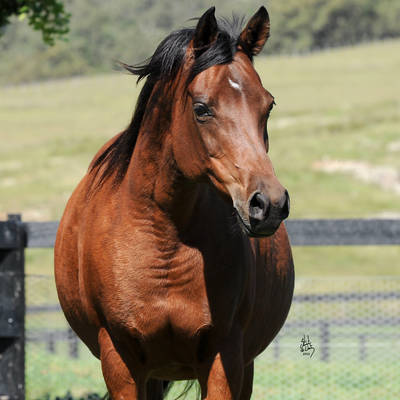 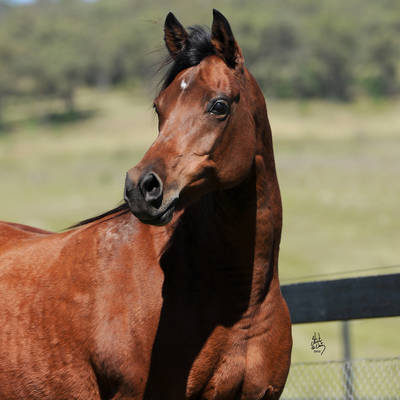 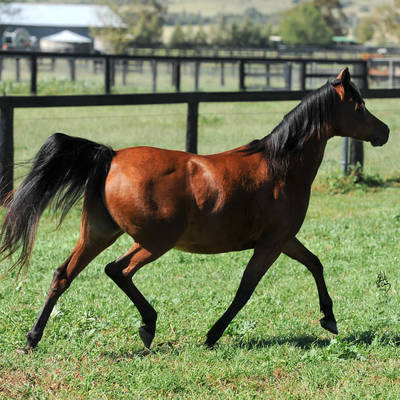 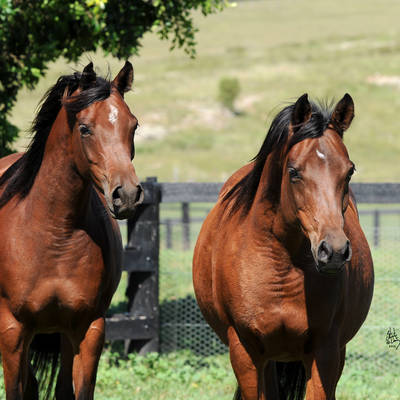 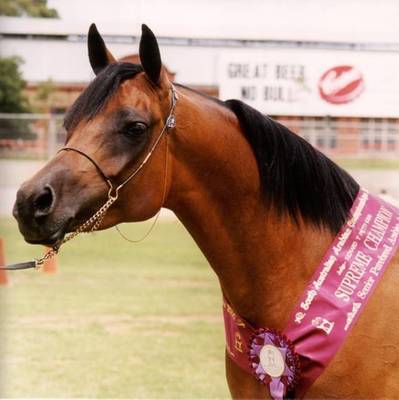 Foundress of the SAHTARAH Family

Like her invaluable daughter MUSTANG'S MAGNUM, SAHTARAH came to influence the Mulawa program through the friendship of Phil & Kay Edward. With both mares, a partnership between Mulawa & Shane Edward Arabians has resulted in several of the most important and accomplished horses of the new generation.

Genotypically, SAHTARAH represents the best blend of Egyptian, Polish, Crabbett & Kellogg bloodlines, with a healthy infusion of breed pillars BASK, NAZEER, FADJUR & SKOWRONEK in her pedigree. Beauty, balance and athleticism are all attributes which the SAHTARAH descendants possess in abundance.

SAHTARAH has proven herself as the dam of several champions, her best by MAGNUM FORTY FOUR. The eldest of these, MUSTANG'S MAGNUM, holds the distiction of being named National Stud Show, East Coast & Australian Champion as a yearling, a first for any horse Down Under. MAGGIE has also proven herself an aspiring dam of great merit, having earned Aristocrat Dam status at just six years of age with four champion produce to her credit.

SAHTARAH has also proven an excellent cross with Mulawa chief sires KLASS & GUILIANO. With MUSTANG'S MAGNUM and her daughters paving the way to greatness, we look forward to the SAHTARAH influence in the Mulawa breeding program evolving with great significance in the decades ahead.