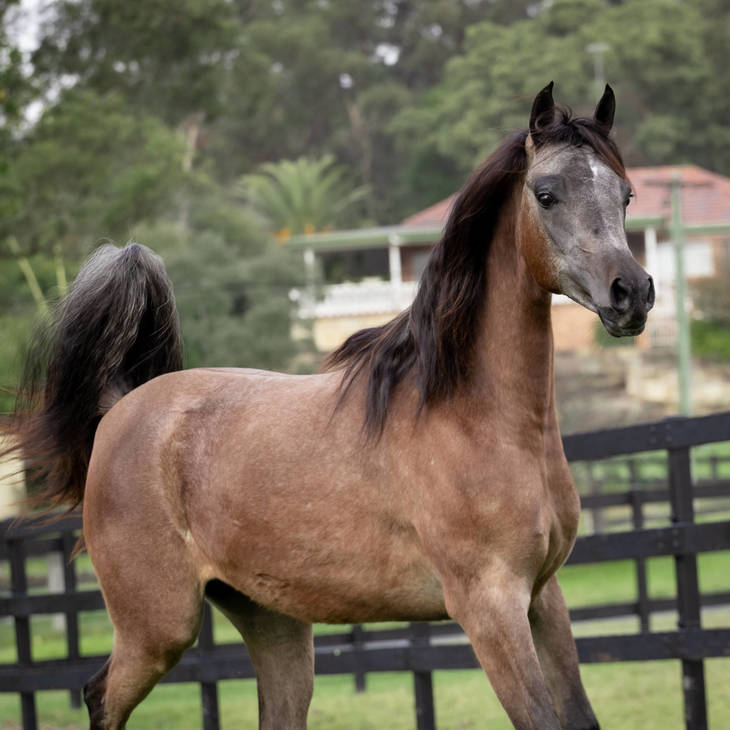 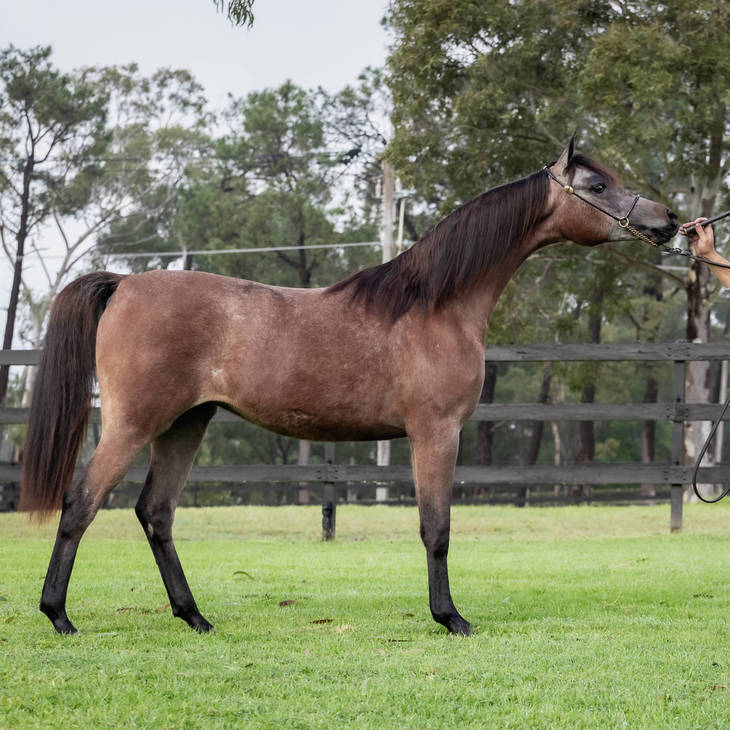 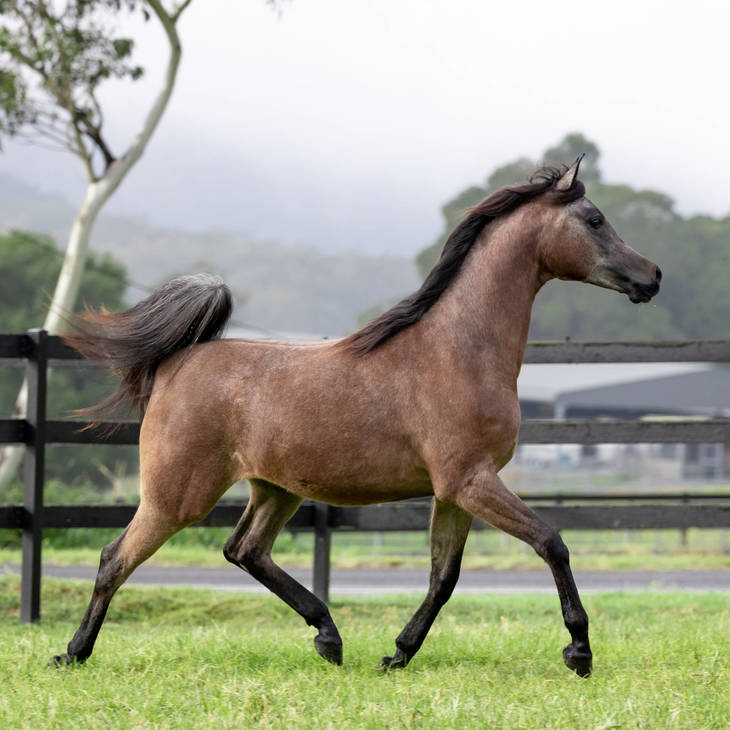 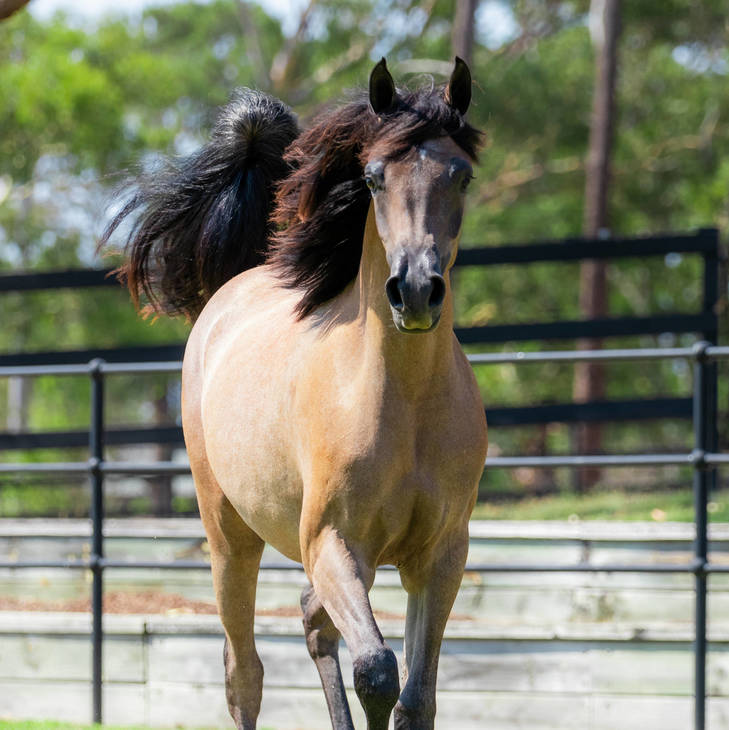 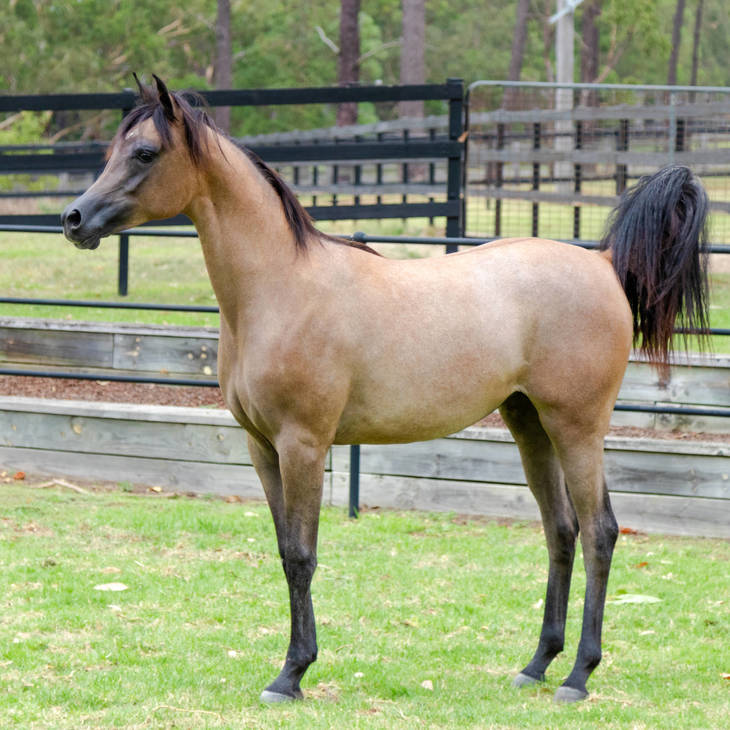 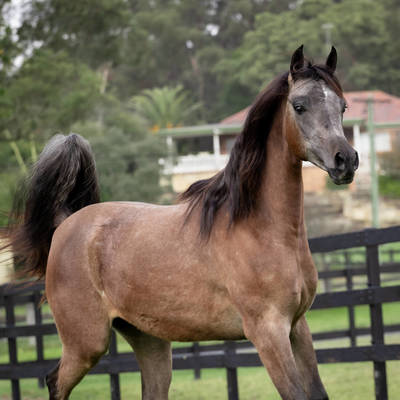 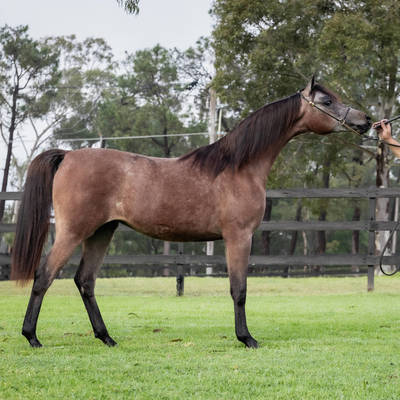 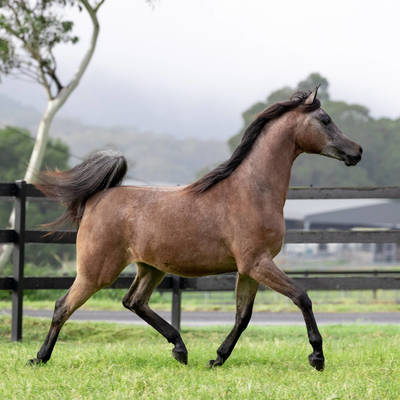 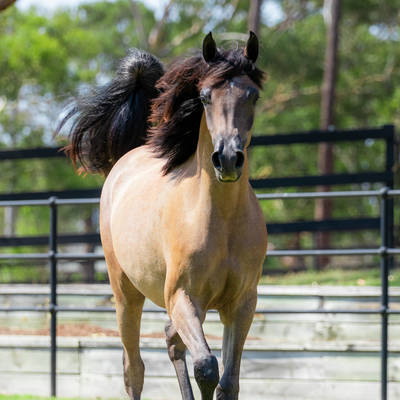 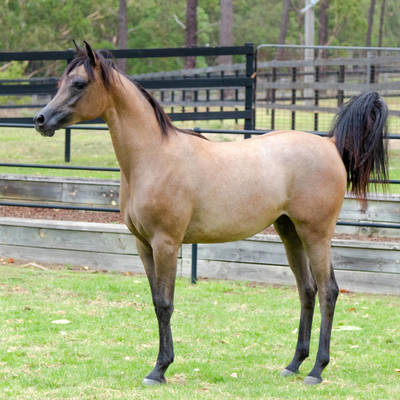 Member of the LLC BRIANA Family

BRIELLE’s paternal grandsire KLASS is a three-time successive Australian National Champion – as a halter stallion, a ridden stallion and as a working stock horse – as well as the WAHO Trophy Recipient for Australia. An iconic Arabian stallion respected the world over, KLASS has become the standard of excellence for the Australian Arabian in the new millennium. Most recently, KLASS became the all-time leading sire of Australian National Champion Senior Mares, with four to his credit, in addition to the seven additional National Champion titles won by his daughters in Yearling & Junior Filly competition.

BRIELLE’s dam is the flamboyant BEYONCE MI, a former champion filly who led an early campaign to promote the siring prowess of a young ALLEGIANCE MI, now recognized as the leading sire of international winners in Australia. Endowed with the unmistakable ALLEGIANCE show charisma, upright forehand and harmonious proportions, BEYONCE is proving to be an cherished broodmatron for Mulawa, extending the legacy of her Scottsdale Champion dam, LLC BRIANA, into the next generation with great acclaim. BRIANA is herself the produce of two United States National Champions – PYRO THYME SA & RD FABREANNA – and has already produced five multi-champions of her own for Mulawa. RD FABREANNA is universally renowned for her brilliant contribution to the breed worldwide, with several international champions to her credit, including the twice World Champion icon DONNA MOLTA BELLA SRA.