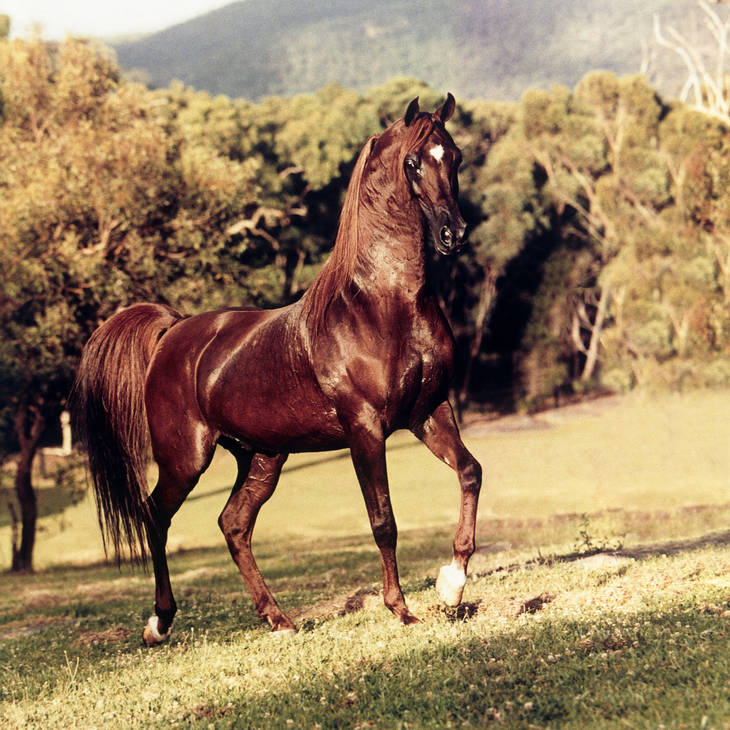 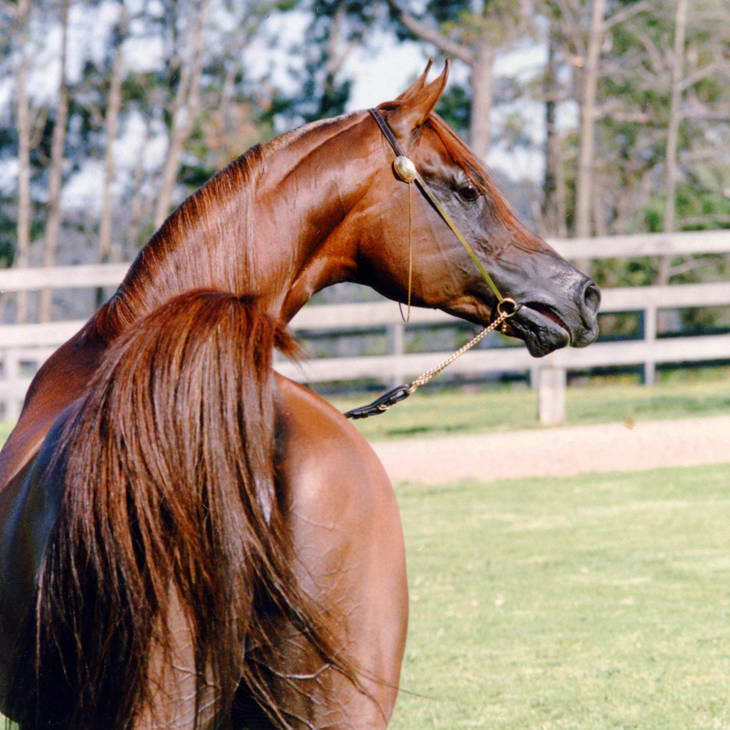 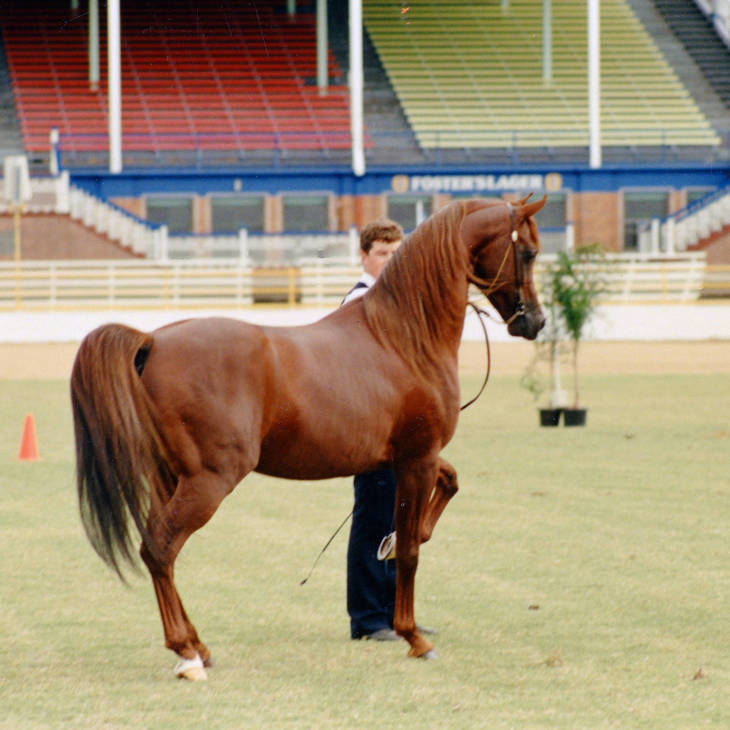 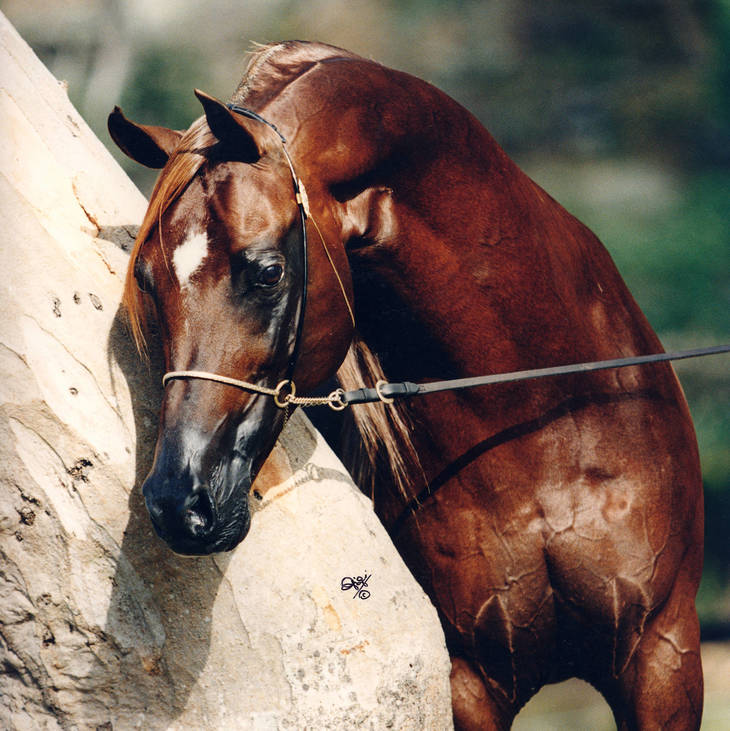 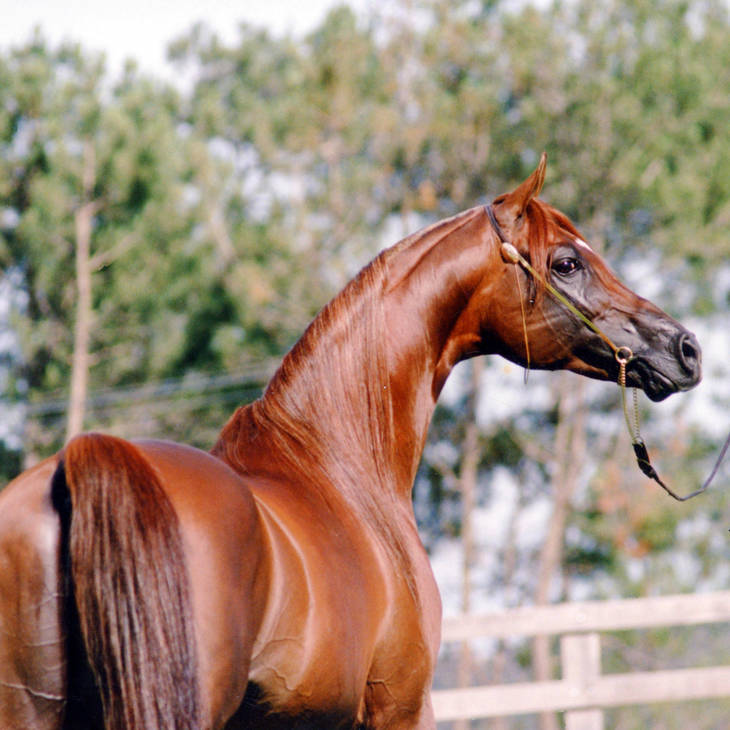 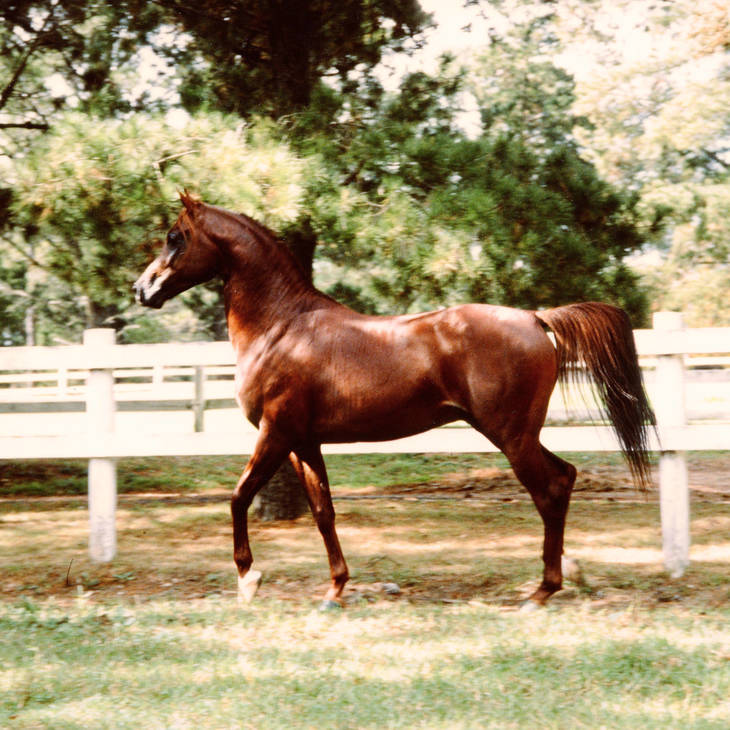 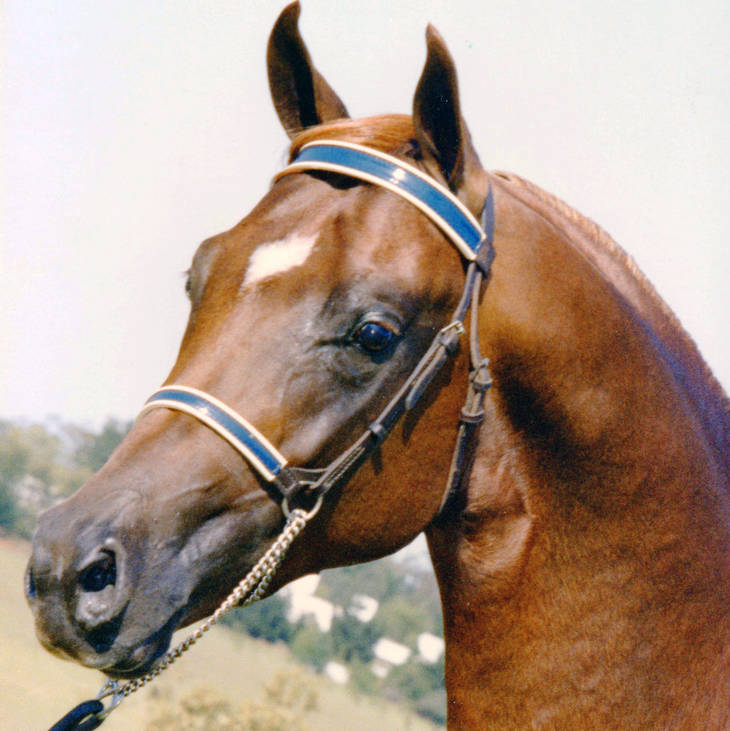 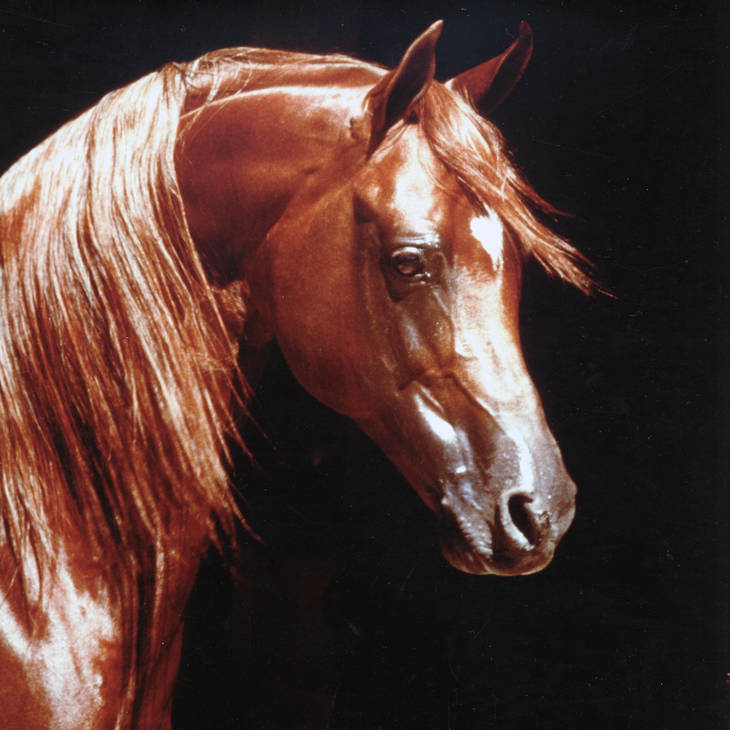 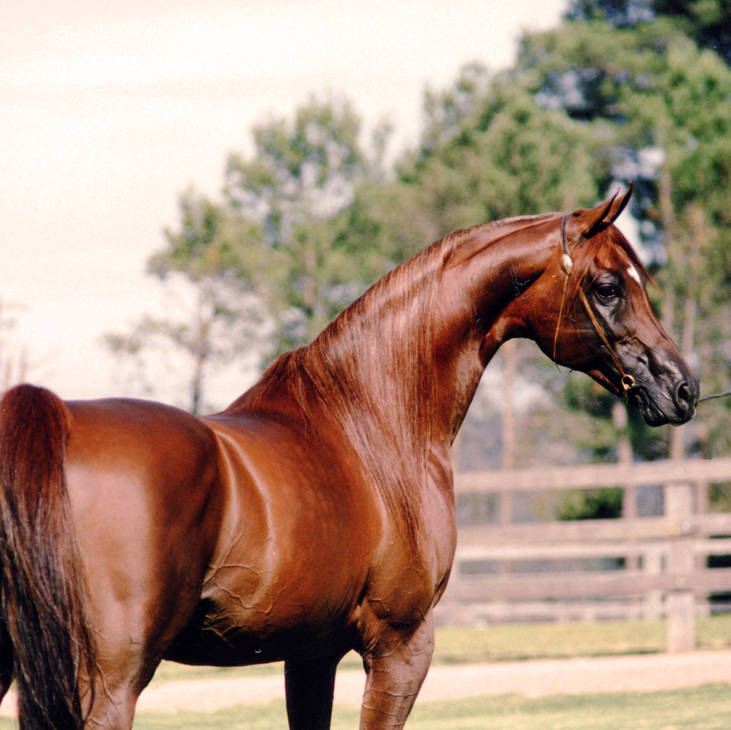 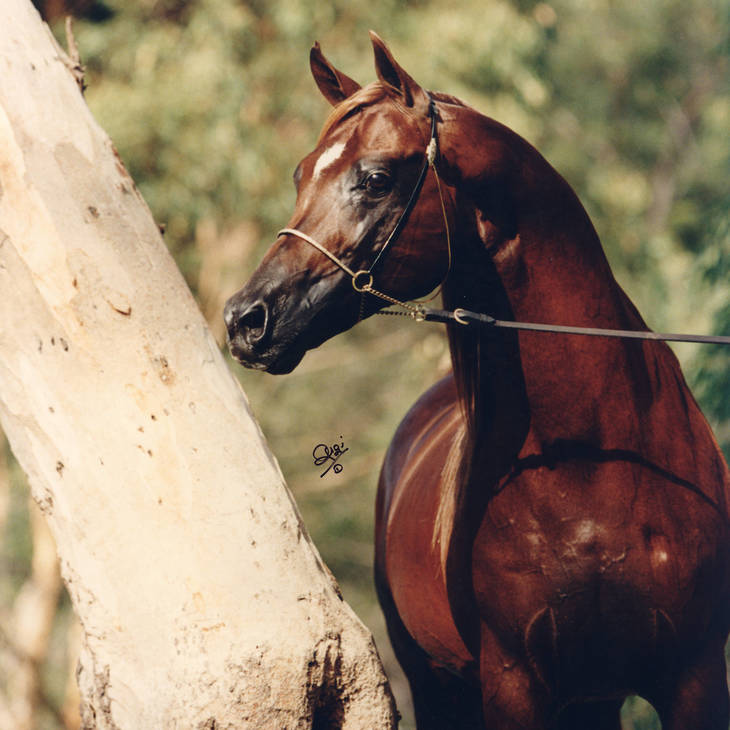 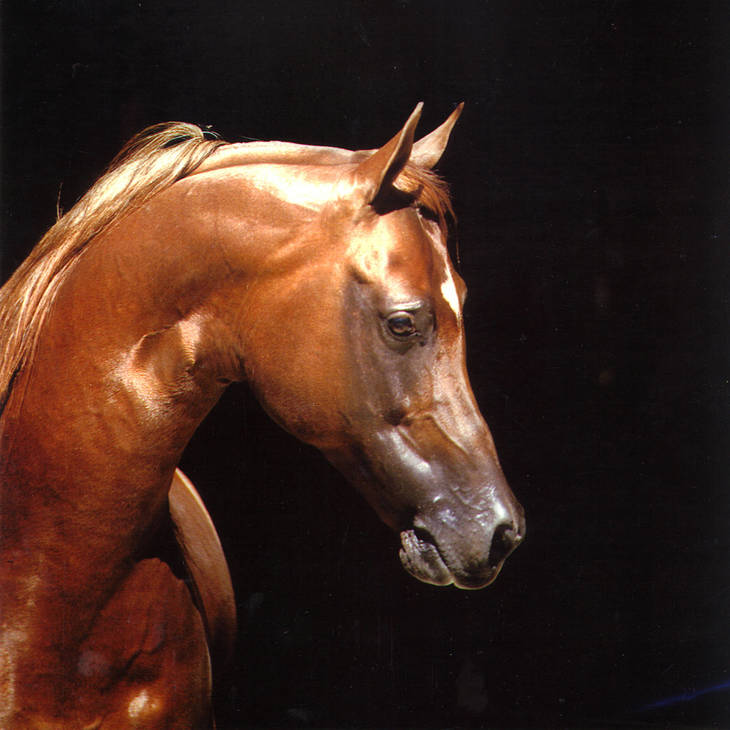 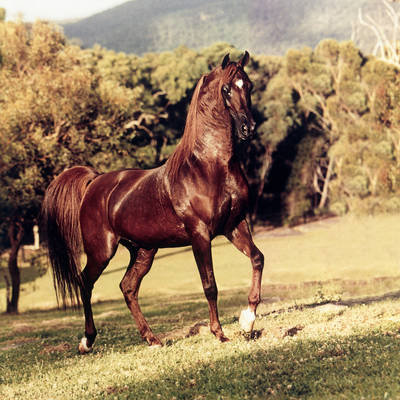 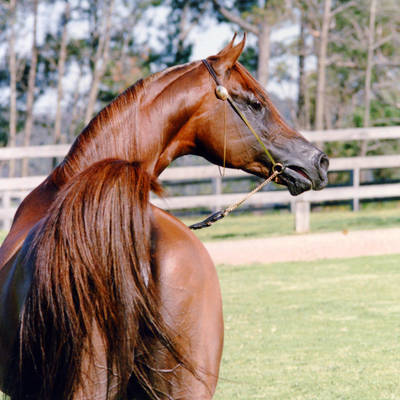 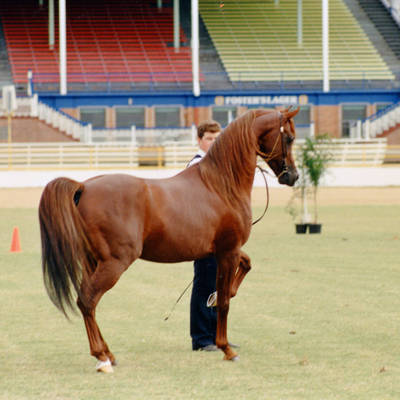 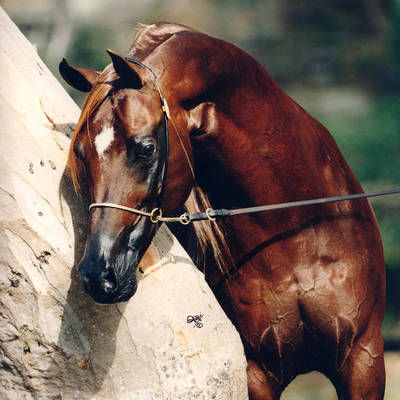 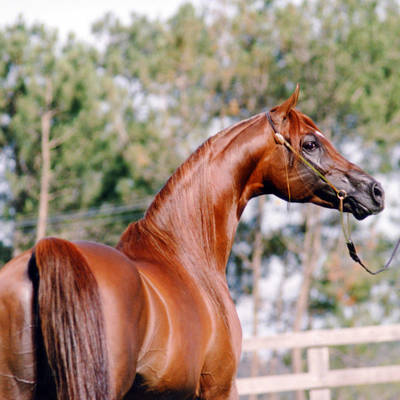 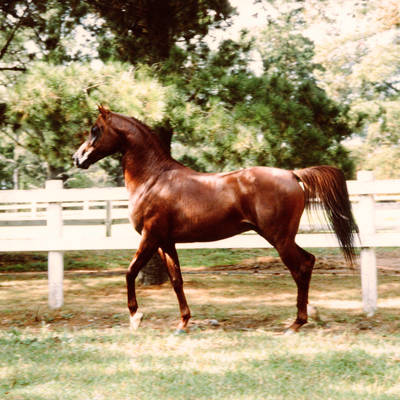 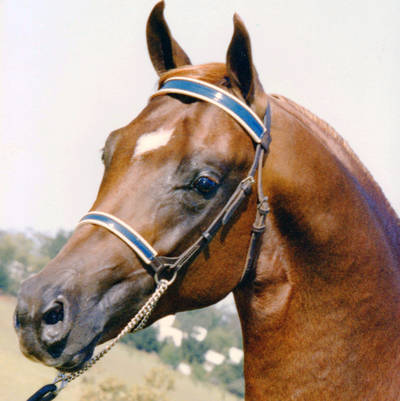 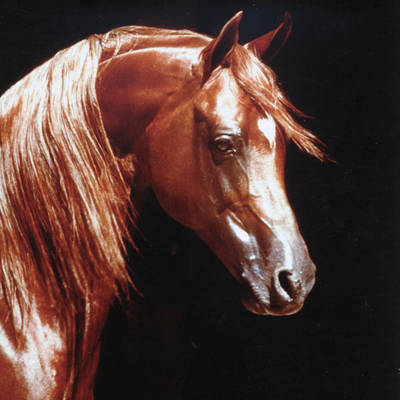 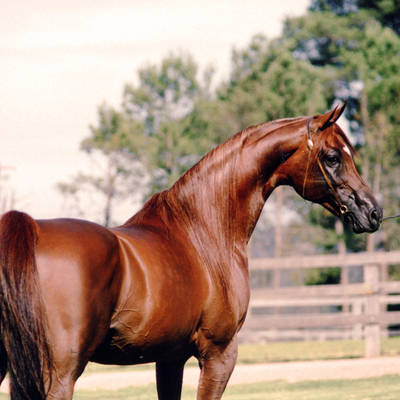 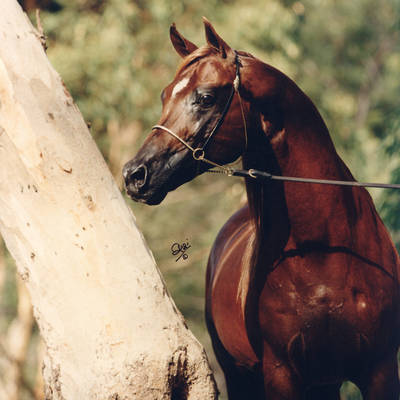 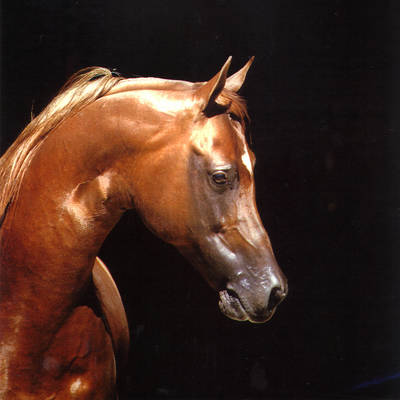 Born in UK quarantine in 1980 while awaiting exportation to Australia, VISION was a unique stallion, in both pedigree and character. VISION was amongst the first genration of the golden Polish-Egyptian cross, as a son of the pure Polish BANDOS daughter EUNI (full sister to legendary Polish chief sire EUKALIPTUS) and the straight Egyptian stallion JAMIL (a grandson of the immortal NAZEER and out of the equally legendary broodmatron HANAN). Not only was VISION acknowledged as one of the finest sons of JAMIL, he has since proven himself, like EUKALIPTUS before him, to be an invaluable sire of exceptional and influential broodmares.

VISION was a stallion of extreme beauty, elegance and refinement, with a regal heir, a commanding presence and a lustrous dark chestnut color of the richest chocolate copper. From only a small number of offspring, VISION's contribution to the Mulawa program has been incomparable. Through his daughters alone, nearly every family on the farm and Mulawa-bred champion in the show ring, both in-hand and under saddle, is blessed with the influence of VISION. Among the most important to Mulawa are M ANGELIQUE (x Abanda), PREVUE (x Dzina) and PERCEPTION (x LM Magics Gift), all of whom have founded families of great importance within the domestic industry.

The VISION daughter FEATURE has assured her legacy within the Arabian breed with her son WANTED KE (by Warranty), an East Coast, National Stud Show & Queensland Challenge Champion. WANTED has proven himself a consistent sire of elite level champions both in halter and performance, including Australian Champion SARAJEVO KEI. Within the Mulawa breeding program, the WANTED influence is perpetuated through his highly valued daughter MULAWA ANGELICA, who possesses a double dose of VISION as she is out of his best daughter, M ANGELIQUE.

Through his daughters, VISION`s long term contribution to the Mulawa breeding program has proven to be incalculable. VISION rests peacefully next to his mother EUNI and brother ARRIVAL in a place of honour. Mulawa was VISION's only home, and it was truly a delight to watch this beautiful and charismatic stallion go about his daily routine. We consider it a true privilege to have given the opportunity to care for and love such a grand and vivacious stallion during his lifetime.

The enduring legacy of VISION was featured in the Arabian Horse News in 2016.
Please click on the image or text links below to download a PDF of this feature article.

Read the article online at InteractiVink

Guided by VISION | Driven by AMBITION