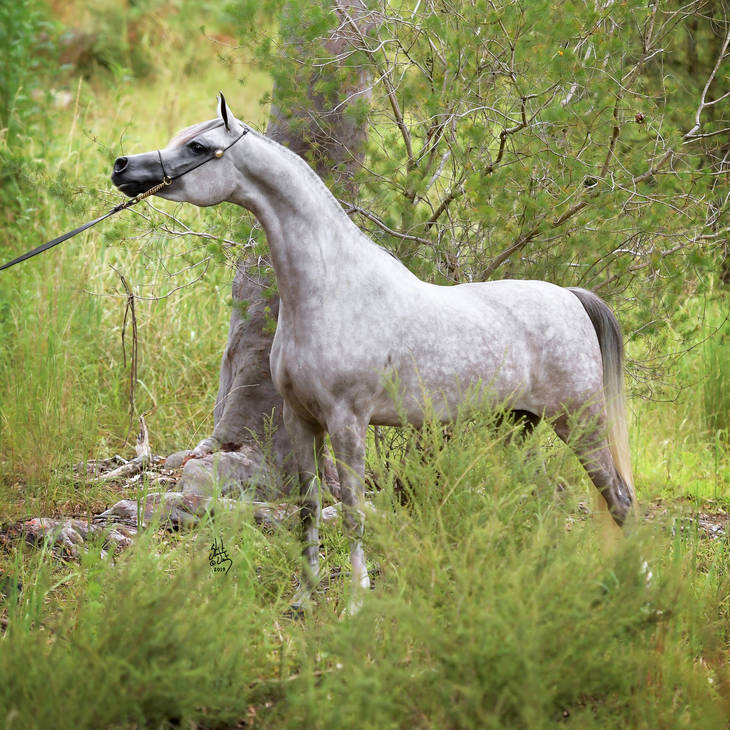 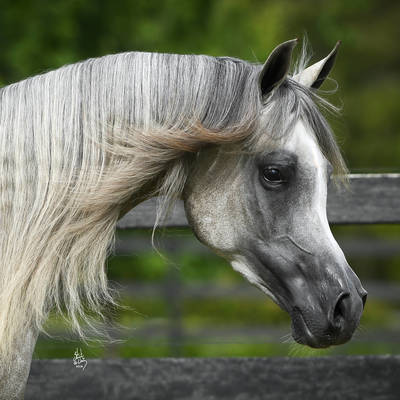 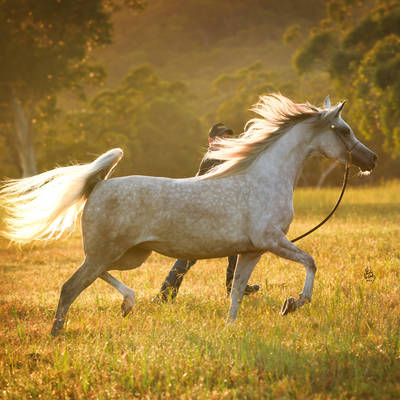 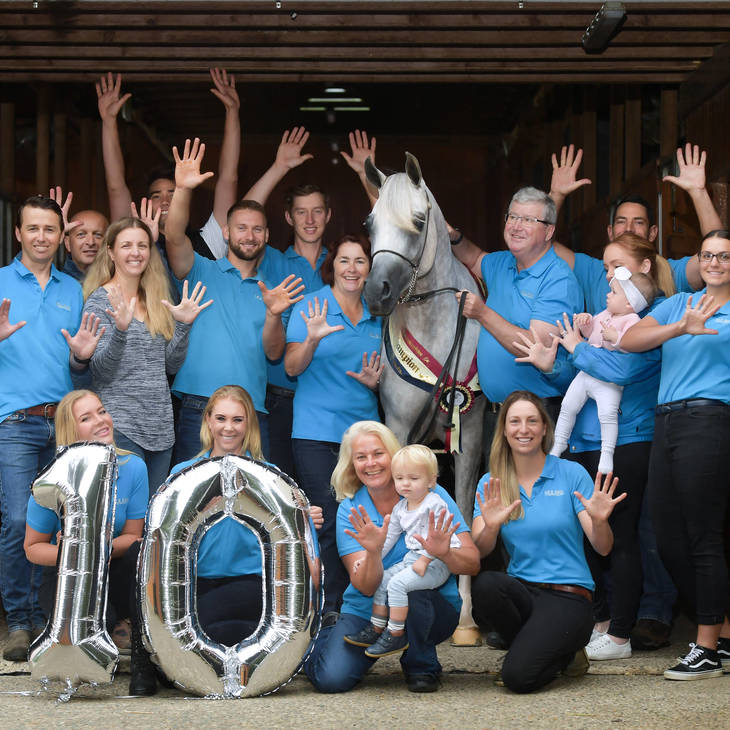 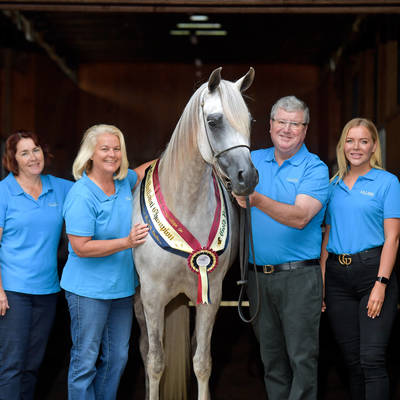 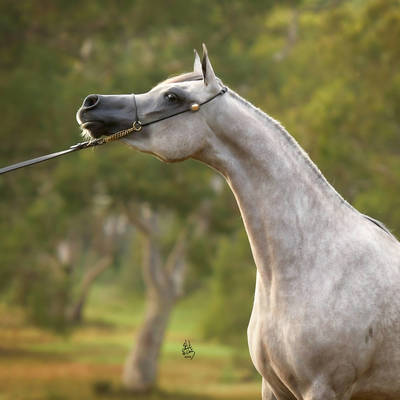 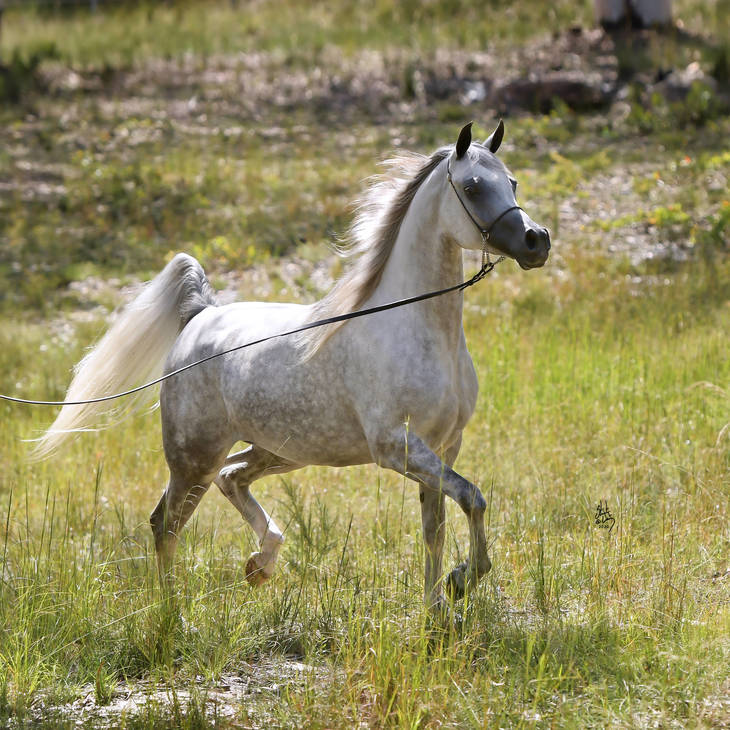 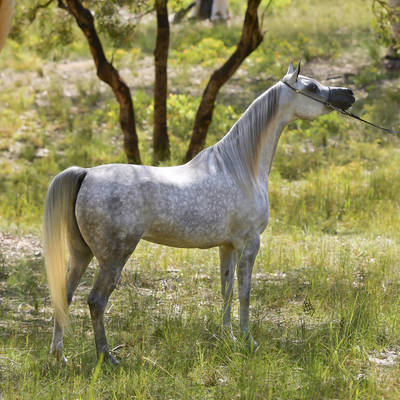 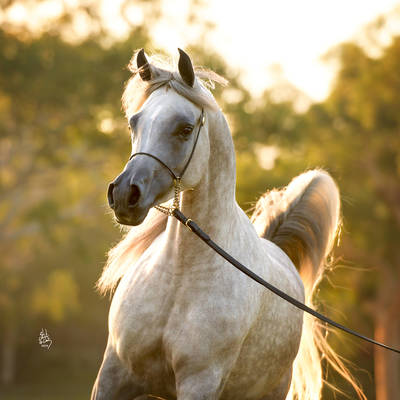 At the Australian National Championships in March, Mulawa Arabian Stud achieved a significant milestone as both breeders and exhibitors. When the final scores were tabulated in the comparative championship for mares aged four and older on Saturday evening, Greg, Julie & Jane Farrell became the breeders, as well as the owners/exhibitors, of their tenth successive Australian National Champion Senior Mare. This astounding achievement has been half a century in the making, reflecting five decades of extraordinary dedication and commitment to the Arabian breed.

As her name intimates, KLASSICAL FAME MI is a daughter of international ambassador KLASS – a four-time undefeated East Coast Champion, a three-time successive supremely versatile Australian National Champion in Stallion Halter, Ridden Arabian Stallion, and Working Stock Horse, and the 2015 WAHO Trophy Recipient for Australia, honoured for his universally admired status as both a show horse and a sire. The premier son of both his iconic parents - the recently deceased Mulawa chief sire TS AL MALIK (Hello Barich ELS x BF Tiffany Select by BG Rageymazon), an Australian & Brazilian National Champion, and the ‘Queen of Mulawa’ herself, the incomparable Mulawa foundation mare KARMAA (Kaborr x AN Marieta by AN Malik) – KLASS has proven himself one of the most successful sires in Australian history of both halter and performance achievers, as well as of highly influential breeding horses, with just 75 lifetime foals. Since first arriving in late 2008, the daughters of KLASS, all blessed with either ‘KLASSICAL’ or ‘KLASSIC’ namesakes, have elevated the profile of their sire to one of significant global esteem, with several now enriching leading breeding programmes in Europe, China and the Middle East. The triumph of KLASSICAL FAME as 2020 Australian National Gold Champion Mare also pushed KLASS into yet another league all his own, breaking a tie between ASFOUR, SK SHAKLA KHAN & MAGNUM FORTY FOUR as the leading sire of National Champion Senior Mares. KLASS is now the sire of four golden winners, beginning with KLASSICAL DREAM MI (x Mustang’s Magnum by Magnum Forty Four) in 2014, KLASSICAL PRESENCE MI (x Parada by Magnum Forty Four) in 2016, MI KLASSIC FANTASY (x Mustang’s Magnum by Magnum Forty Four) in 2017 and now KLASSICAL FAME in 2020. Collectively, these KLASS daughters, along with Australian National Champion Yearling and Junior Filly winners KLASSICAL DEVOTION MI (x Mulawa Kiara by Magnum Psyche) and KLASSICAL TIARA MI (x Mustang’s Magnum by Magnum Forty Four), have earned an impressive twelve Gold Champion titles at the Australian National Champion titles for their sire in the past decade, honours that make him the most successful sire of female halter horses in the history of the Australian show ring.

Most interestingly, the success of KLASSICAL FAME MI at the Australian National Championships mirrors that of her close relative KLASSICAL PRESENCE MI in several respects. Both are three-time successive Australian National Champions, having been the only two fillies to win twice as National Champion Junior Filly and then again as National Champion Senior Mare. Both did it record time, across just three concise show seasons, adding a few extra titles at the National Stud Show and the East Coast Championships along the way to enhance their respectable list of accolades. Both were also high scoring females at the Aussies: KLASSICAL PRESENCE as Senior Mare in 2016, and KLASSICAL FAME in her second unanimous win as Junior Filly in 2019, in what is still remembered as her best show ring performance.

Even more coincidentally, both descend from the same venerated tail-female source, that of original Pure Polish Mulawa foundation mare DZINA (Buszmen x Dzisna by Naborr), whose influence continues to impact the breed in positive and profound ways nearly forty-five years after her importation from the States. Both KLASSICAL FAME and KLASSICAL PRESENCE share the same maternal granddam, the beloved Aristocrat PRESENCE (GLF Apollo x Prevue by Vision), with KLASSICAL FAME blessed with an added dose of show ring savvy through her maternal grandsire, United States, Canadian and Australian National Champion FAME MAKER R (Fame VF x Inschallah El Shaklan by El Shaklan). With KLASSICAL FAME’s triumph as Australian National Gold Champion Mare this past March, DZINA has herself been elevated as the foundress to whom the most Mulawa-bred Senior Mare winners directly descend, a full one-quarter of the full dozen that have been so honoured since 1984, in a fitting tribute to a breeding programme whose initial vision and purpose has both prevailed and evolved over five decades of storied existence.

Now fondly referred to as the perfect ‘#10’, KLASSICAL FAME bookends an unforgettable and unprecedented decade of success for the Farrell Family as breeders of Australian National Gold Champion Senior Mares, a record unrivalled in any country and on every continent throughout the global Arabian horse community. For Greg, Julie and Jane, superlative quality mares will always anchor the very foundation of the Mulawa breeding vision, one that continues to evolve and expand with each new generation of excellence that is welcomed into the world. Long may we celebrate the merits of the Magnificent Mares of Mulawa, and the superior standard to which they hold us all accountable to the authentic Arabian ideal, that of beauty and utility in one perfectly complete package.