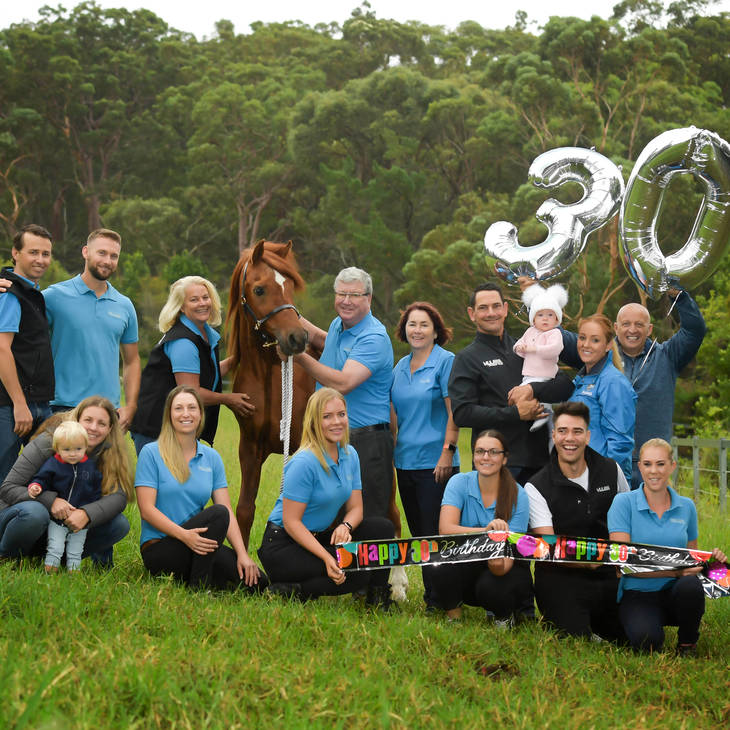 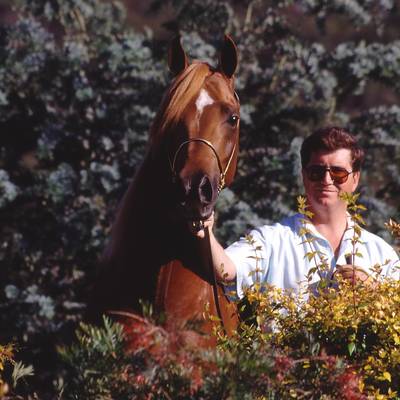 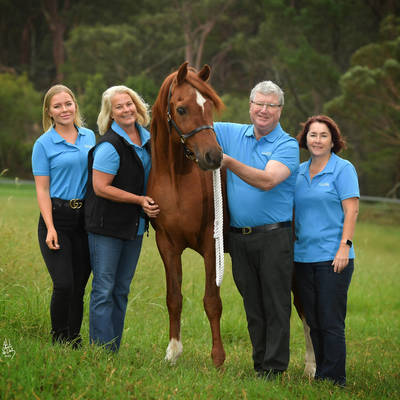 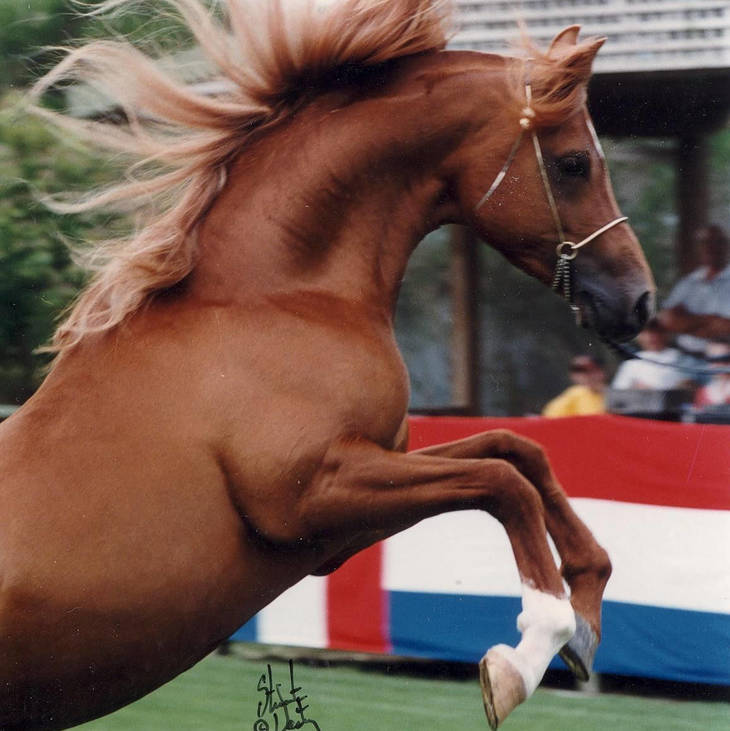 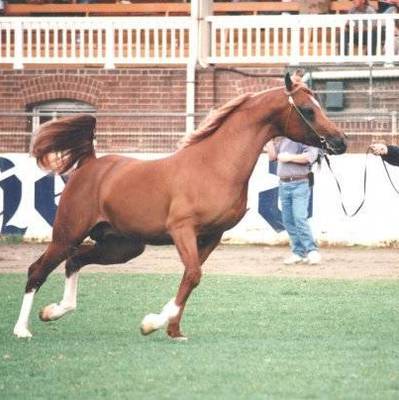 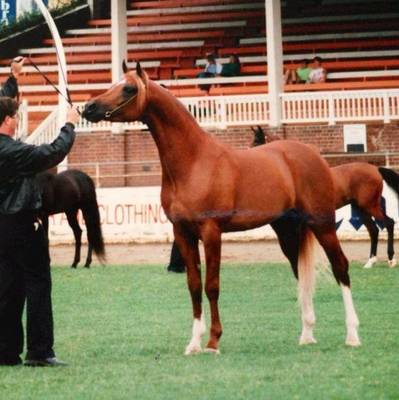 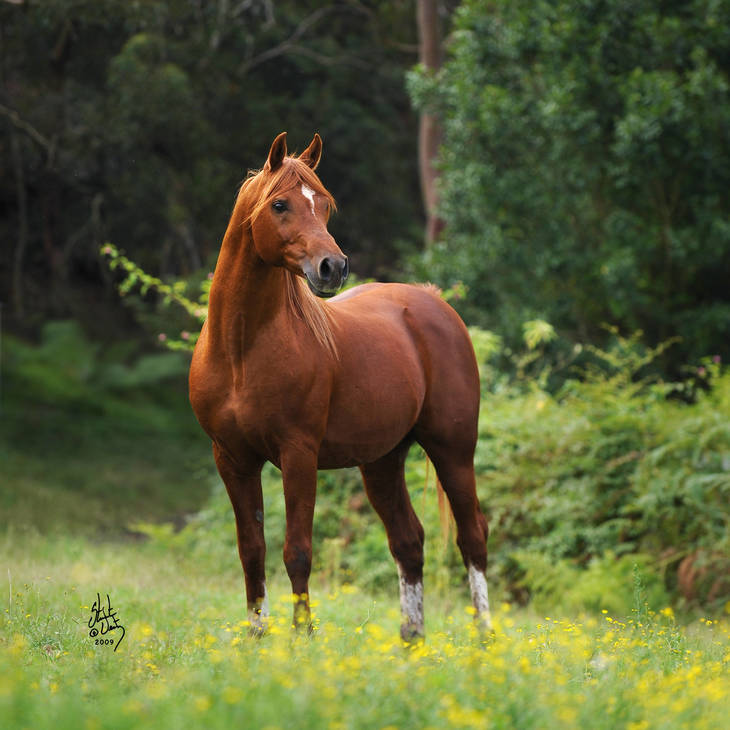 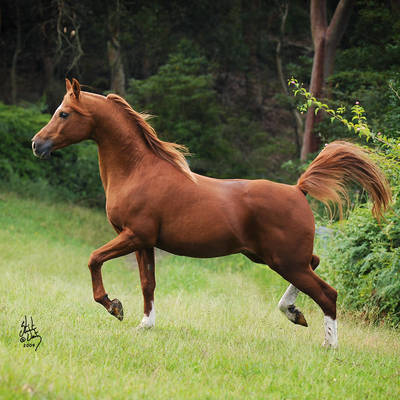 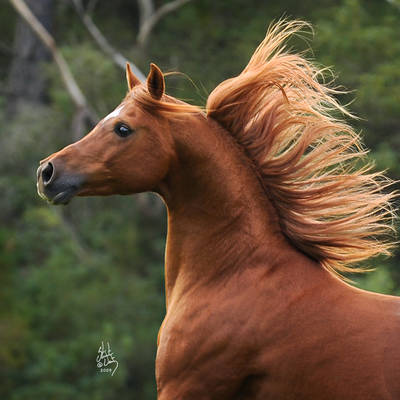 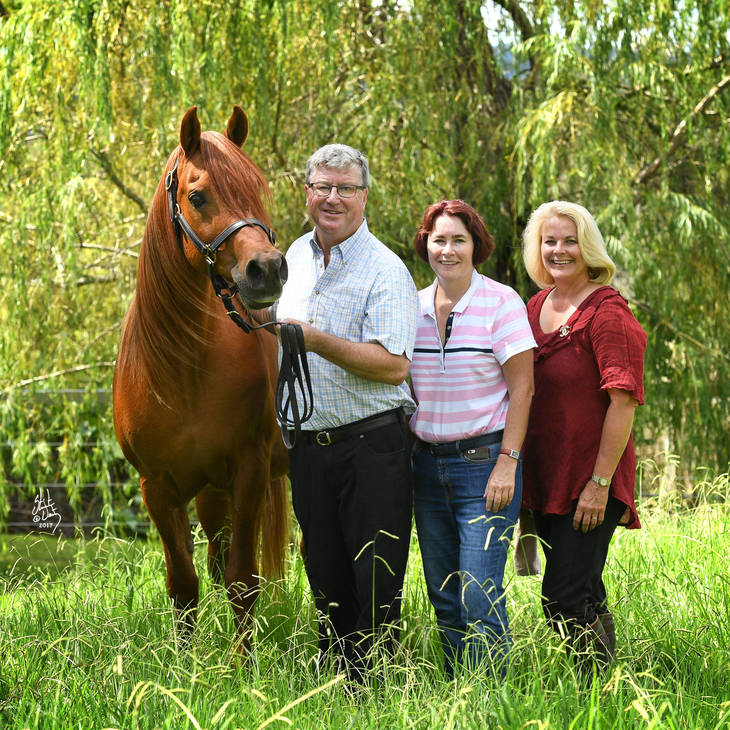 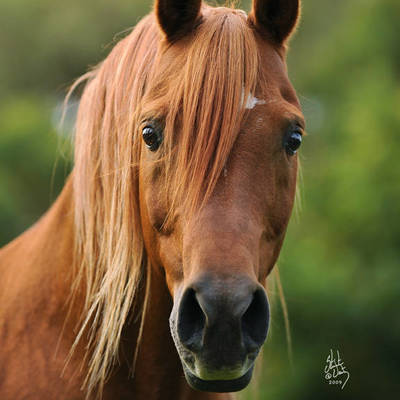 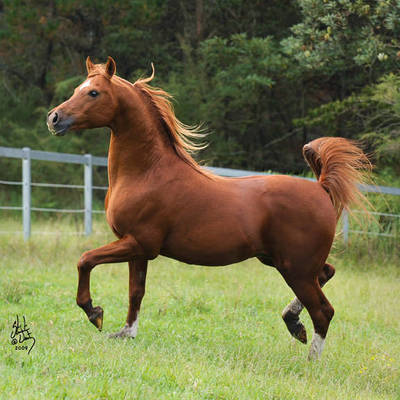 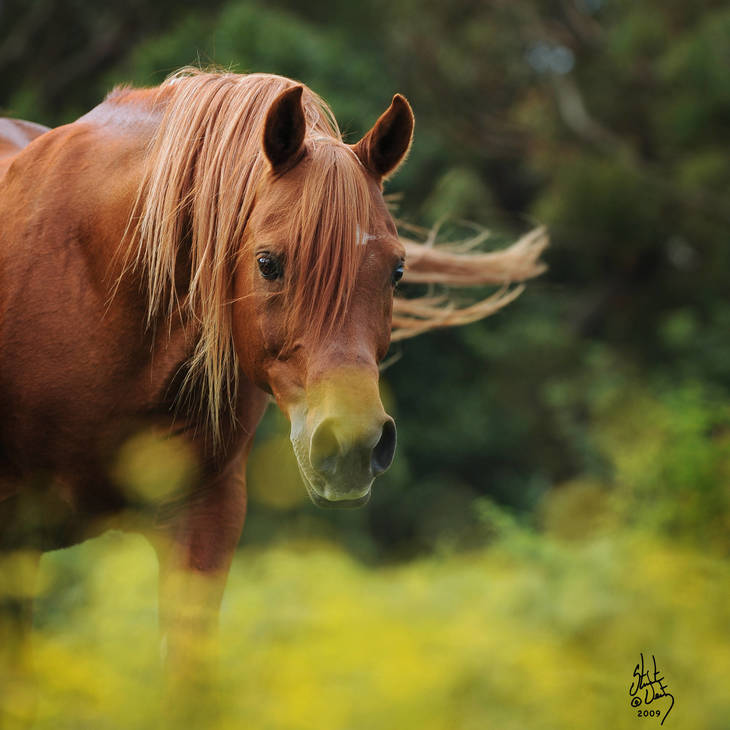 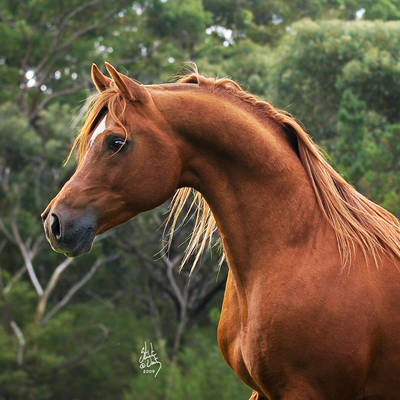 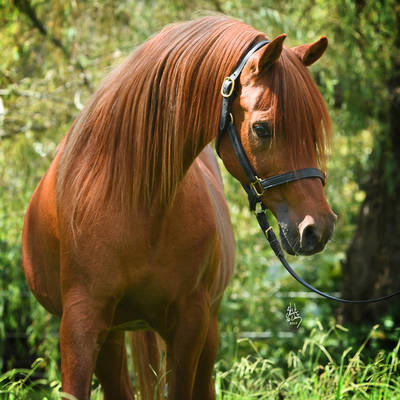 Since the transfer of the breeding herd to Alabama Stud in the Upper Hunter Valley late in the previous decade, the three elder statesmen of the Mulawa breeding programme have remained in residence in Sydney, blessing our lives each day with their magnificence and presence. In the last 12 months, we have bid a bittersweet farewell to both FAME MAKER R, who was laid to rest in April 2019 just shy of his 30th birthday, and to TS AL MALIK just two months ago in January, in his 28th year of life. The only senior sire remaining is not only the stallion whose importation launched the modern evolution of the Mulawa programme in the early 1990’s, he is the stallion who has lived longer at Mulawa than ANY other - imported, introduced, born in Australia or otherwise. Today, 30 years after his arrival changed the course of the Arabian horse world forever, we celebrate the incomparable life and legacy of GLF APOLLO.

Bred in Michigan by Lori Humphrey of Gaslight Farm (hence the GLF), APOLLO, whose recommendation was one of the many gifts of universally respected horseman Gene Reichardt to the Farrell Family, is a grandson of the legendary PADRON through his influential son DIAMOND PADRON, who combines the invaluable influence of sires of significance SERAFIX, FADJUR, TSATYR, RASEYN, RAFFLES & FADL, as well as the monumental merit of iconic matrons SILVER FIRE, FERSARA, SHARFINA & BINT SAHARA. APOLLO’s dam line is enhanced by two local Michigan sires of enduring positive impact: the predominantly Polish National-winning Park Horse PERCUSSION, and the Straight Egyptian-sired AVATAR AL SUFI, a son of none other than SHAIKH AL BADI, the paternal source of the most successful sires in the Arabian breed at present. Both sires are supported by generations of early American-bred Arabian athletes, all of whom trace their origins back to Crabbet Park, prizes of war obtained in Europe by the U.S. Army Remount, and direct imports from the Arab homeland.

The auspicious occasion of APOLLO’s 30th birthday celebration just happened to coincide with the annual Vesty photo shoot this past week. The Team gathered together on a cool, wet and breezy Saturday morning to surprise APOLLO with not only a well deserved grooming and bounty of treats, but with a birthday banner & balloons, an exuberant group photo and a series of intimate portraits with his biggest fans. Amongst these was Stuart himself, who fondly remembers photographing a young APOLLO as one of his very first international engagements (photo included above from Mulawa Open Day in 1996 taken by Stuart).

The contrast between the two photos in the slide show above of a young Greg Farrell & GLF APOLLO with both today, joined by Julie, Jane & Kate. speaks volumes. When the first photo was taken, Kate had yet to grace the world with her presence and the first APOLLO foals were just hitting the ground. The wisdom and courage to include an unproven and unknown APOLLO into the Mulawa vision of the Arabian horse remains one of the best and boldest decisions made by Greg as a breeder and an innovator. The ambition and possibility evident in the original photo from November 1993 is contrasted perfectly with the confidence, security and celebration that exudes from the family photo taken more than 26 years later.

It is an extraordinary honour and privilege for everyone at Team Mulawa to celebrate 30 years of the unprecedented life of GLF APOLLO. These past three decades have been the best and brightest at Mulawa, thanks in no small part to the joy, goodness and inspiration brought about by the presence of GLF APOLLO and his generations of exceptional trend-setting descendants. Thank you, ‘Wally’, for all that you have done to make the world a place of infinitely more promise and possibility, for enriching the lives of those who have been blessed to know you and your descendants, and for renewing our passion for the Arabian horse each and every day. We look forward to sharing every single day yet to come as your gift to us in return…