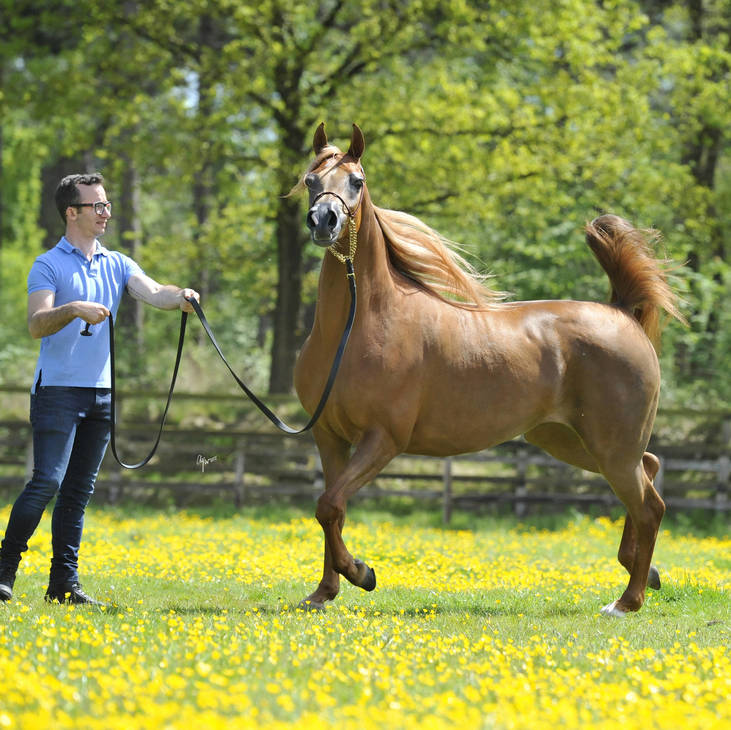 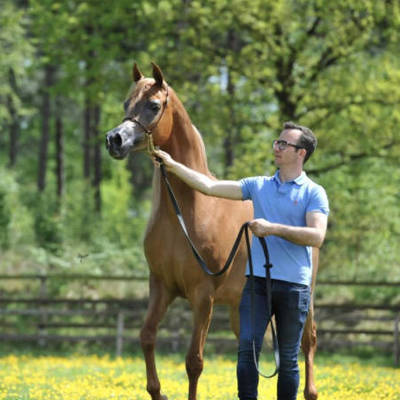 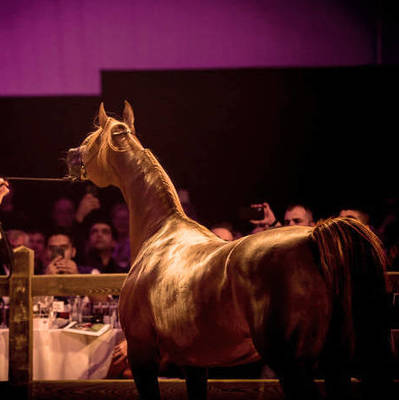 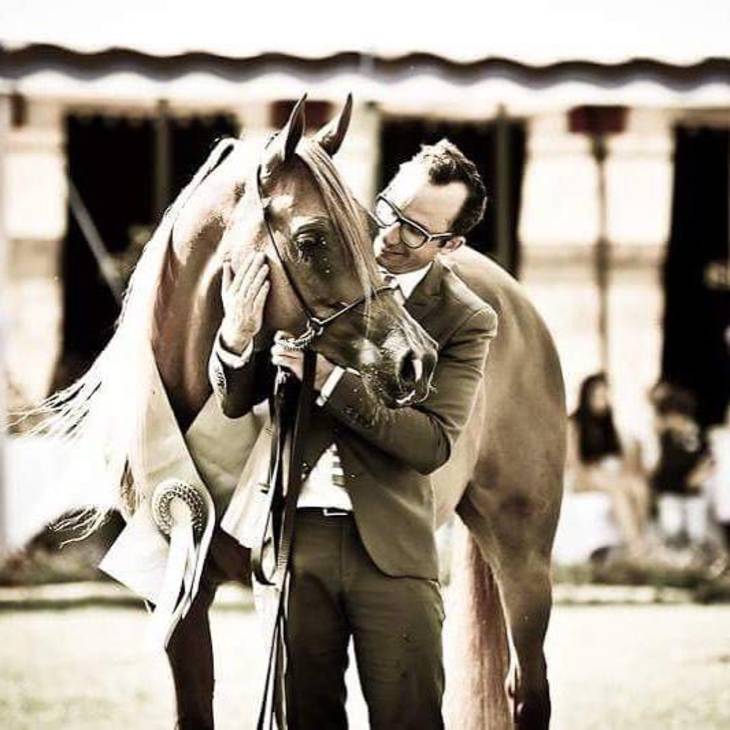 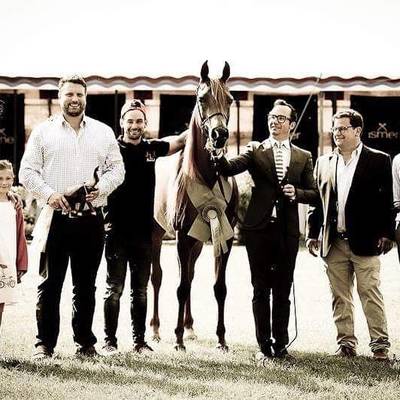 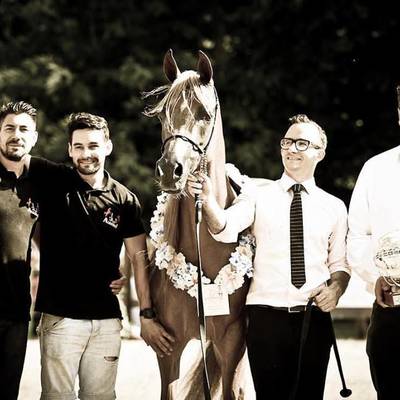 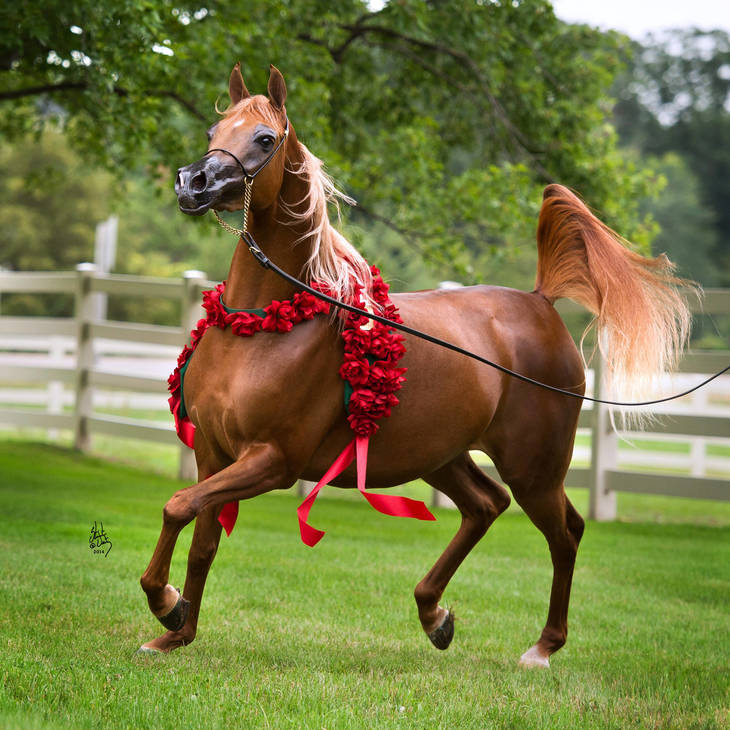 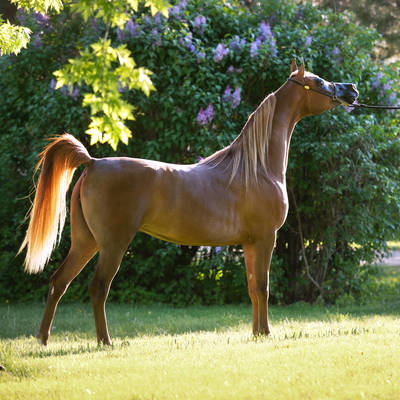 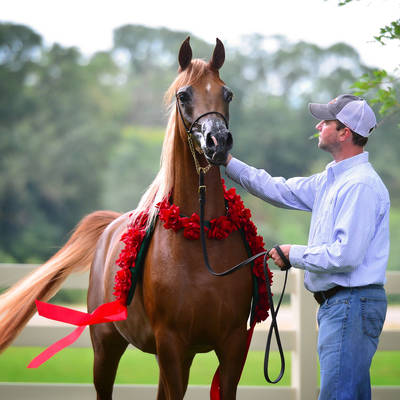 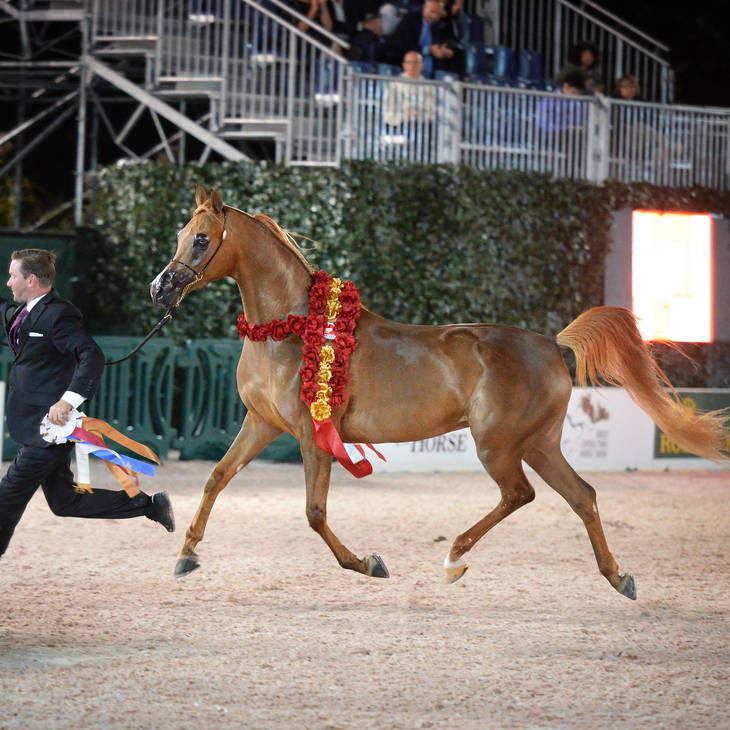 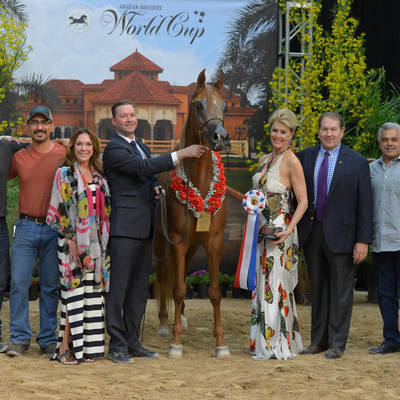 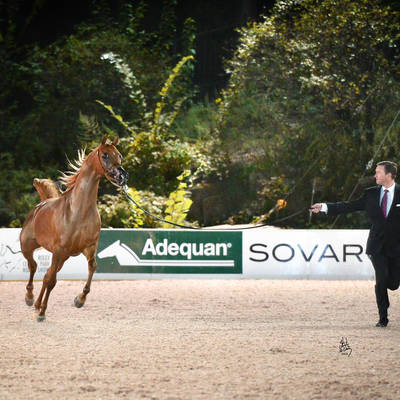 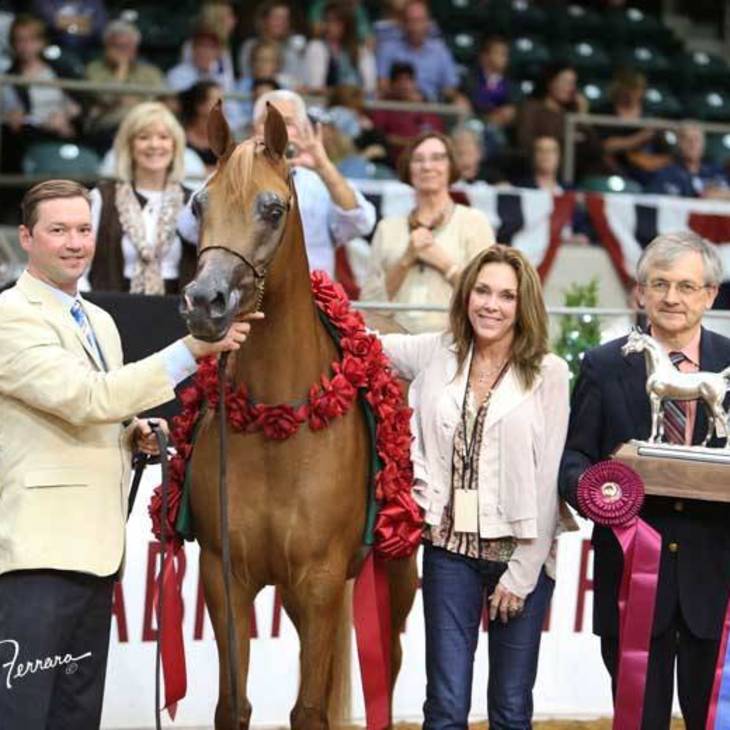 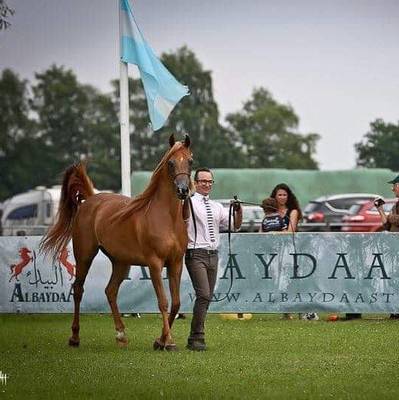 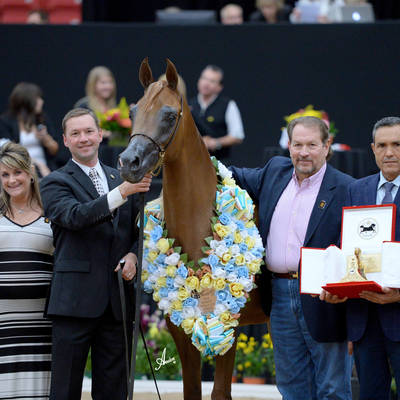 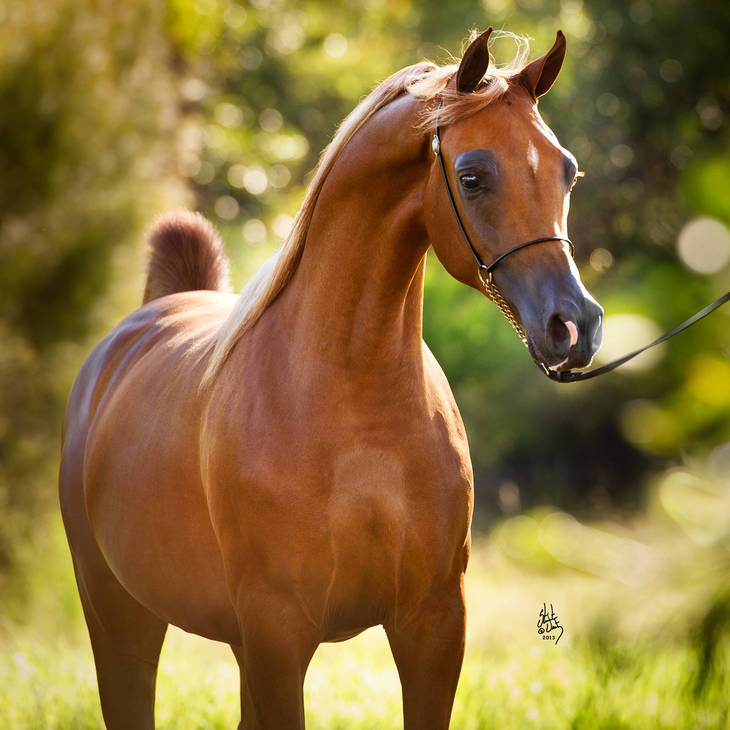 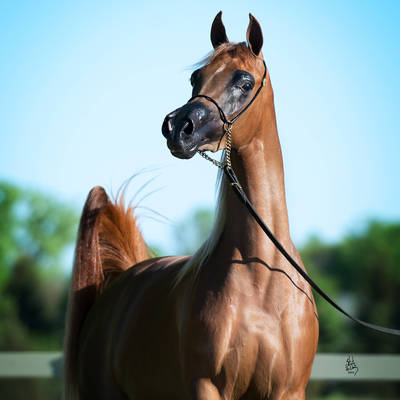 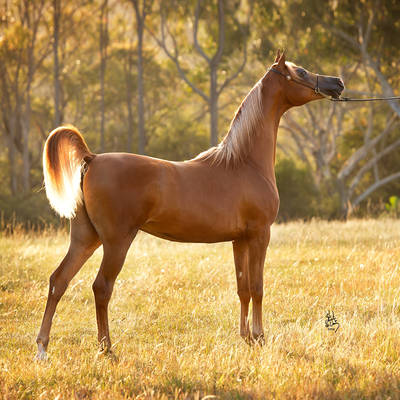 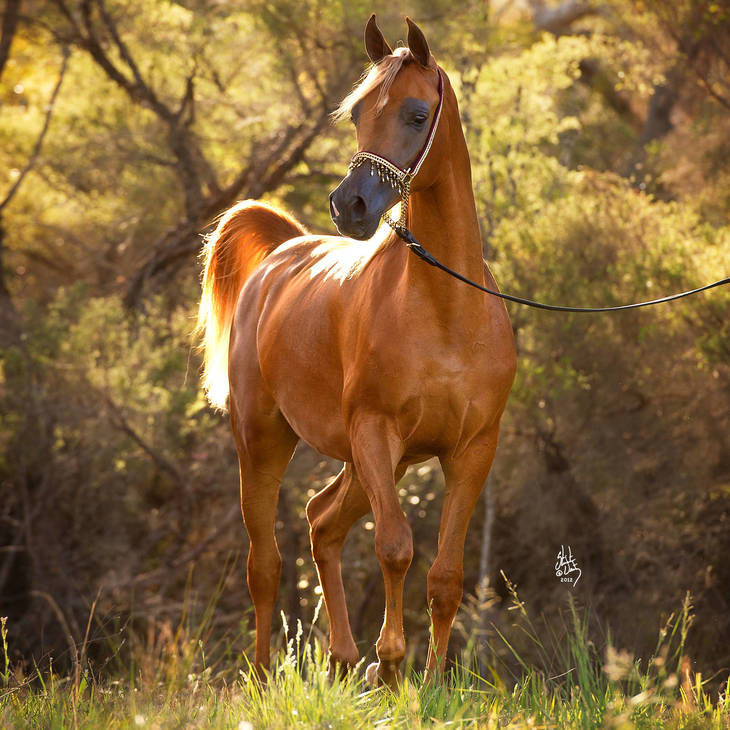 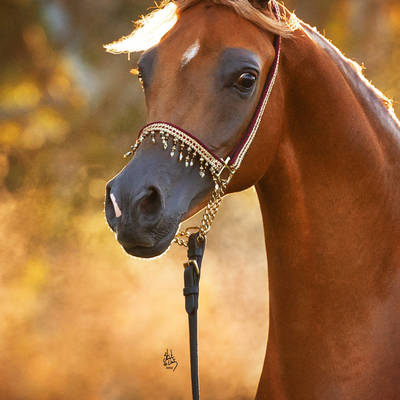 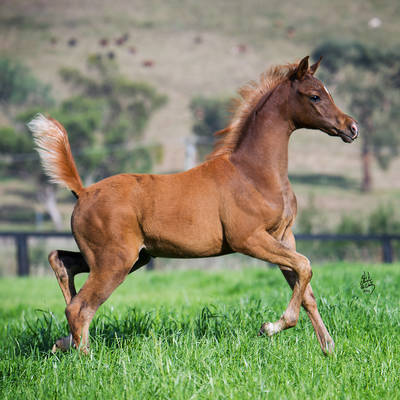 An Angel Arrives at Flaxman Arabians

It is with great enthusiasm that we celebrate the successful purchase of VALENTINO'S ANGEL MI by Helen & Kay Hennekens at the 2019 STC Auction as the highest selling lot!

Purchased first in 2013 by HRH Prince Abdullah Bin Fahad Al Saud of Al Mohamadia Stud, Kingdom of Saudi Arabia, shortly after her unanimous win as Australian National Champion Yearling Filly, VALENTINO'S ANGEL jet-setted around the world, adding major titles at the All Nations Cup, the United States National Championships, the Arabian Breeders World Cup, the Canadian National Championships and the US Arabian Open in Central Park to her impressive show ring resume. Later sold to Al Baydaa & Al Mai Studs, of Egypt & Kuwait, respectively, ANGEL continued to be a crowd favourite all across Europe, winning several Senior Mare Gold Championships and Highest Scoring Female honours, making her one of the most diversely accomplished Arabian mares in the modern breed.

A marquee member of the invaluable Mulawa dam family of M ANGELIQUE, VALENTINO'S ANGEL is a full sibling to two other Mulawa international superstars: ALWAYS VALENTINE MI & VANGELIS MI, the former the dam of the Al Bidayer-owned multi-international champion A VISION MI. The 'Family of Angels', from which she descends, is one of the most broadly accomplished and universally acclaimed in the breed, responsible for dozens of internationally prolific athletes, show ring achievers and breeding horses.

We look forward to many years of happiness and reward ahead for Helen & Kay with ANGEL, and are incredibly grateful she has found her way into your care. May she bless the subsequent generations at Flaxman Arabians with infinite abundance, beauty and joy, and her trademark otherworldly 'angelic' presence, with which she continues to inspire us all. 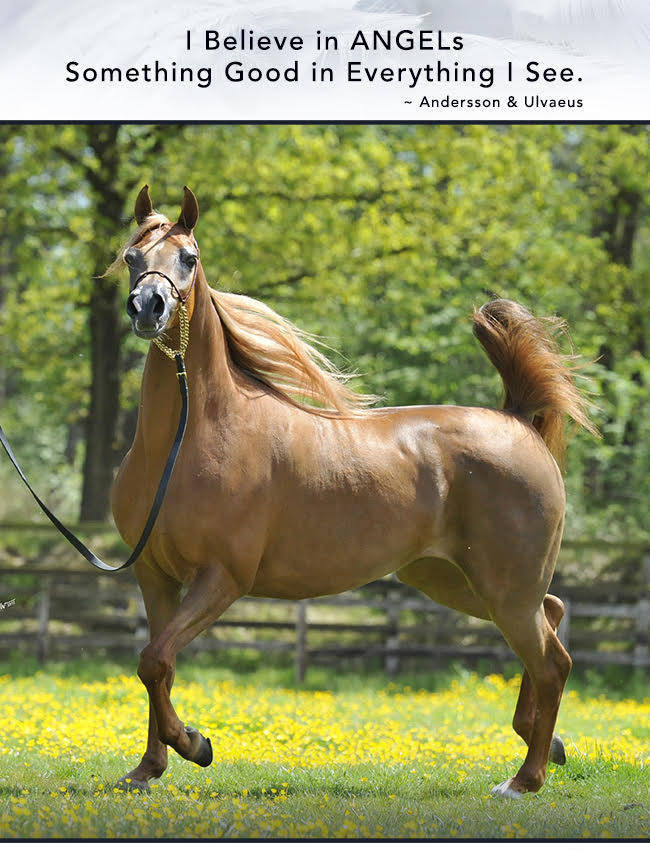 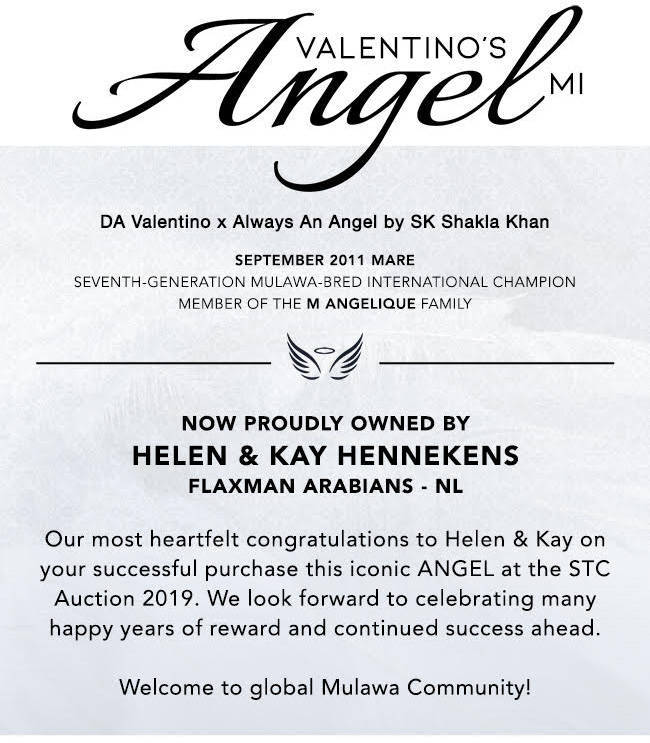 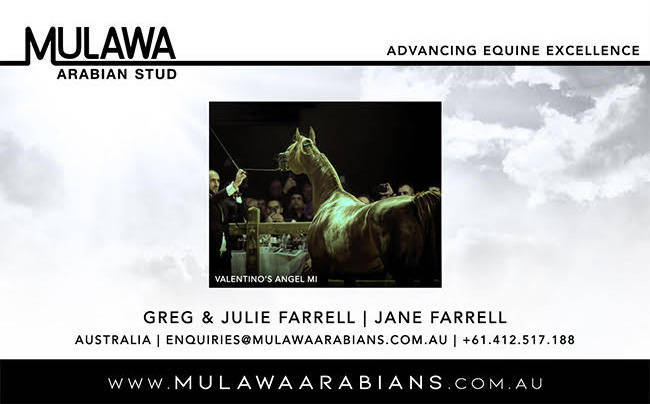